Tobii announced its partnership with SteelSeries to bring eye tracking to video games with a new sensor bar and the EyeX engine. A prototype at CES demonstrated in-game navigation, menu selection and aiming by using nothing more than players’ eye movements. Developers can preorder the SDK now for delivery in March, and they’ll be able to designate standard mouse and keyboard functions to gaze controls. The device is expected to cost around $100. 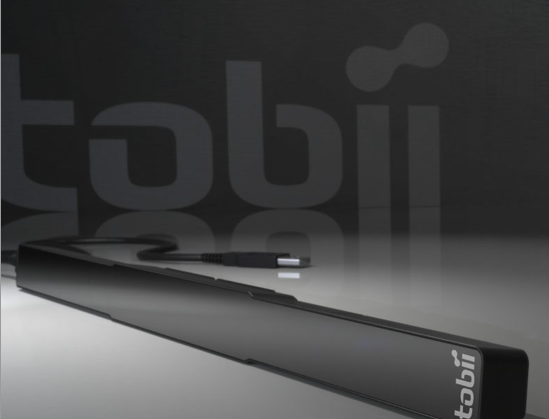 Engadget reports on the EyeX demo saying it was “a bit rough” running at a low frame rate and not having been calibrated to their eyes. “Still,” the article explains, “we could see the potential for the technology, as it allows for faster in-game navigation.”

The menu selection was the best and smoothest example of the technology, allowing users to select menu items by simply looking at them. “Additionally, the control for aiming down the sights simply required closing one eye, while squatting or looking around corners was accomplished by moving our head up and down or side to side,” notes Engadget.

ExtremeTech explains the technology, saying that there are two cameras and an infrared light inside the device. “Throw in a healthy serving of Tobii’s proprietary image processing algorithms, and a physiological 3D model of the eye, and you can work out the position of the eye and the direction of the gaze with high accuracy.”

Until now, gamers have only had their hands — and sometimes their voices — to control the game. The big question, the article says, is whether gamers will actually want eye tracking. ExtremeTech says it “could be the biggest revolution in gaming since the joystick.”