The Nasdaq Stock Market is lending assistance to NYIAX (New York Interactive Advertising Exchange), a startup that is trying to stop phony publishers in the digital ad market. That’s because, according to ad verification company Adloox, these con artists divert one-fifth of annual ad spending, which equals an estimated $16 billion this year. With its blockchain-enabled platform, NYIAX hopes to put an end to the lack of transparency that leads to this significant loss. These scams have become a problem due to the rise of automated ad exchanges that instantly match advertisers with publishers.

Bloomberg reports that these automated ad exchanges, also known as real-time bidding platforms (RTBs), are replacing “the old-fashioned way, reaching out over the phone or negotiating via email.” According to eMarketer, about 47 percent of U.S. display ad spending went to RTBs in 2016, a big increase from 11 percent in 2011. 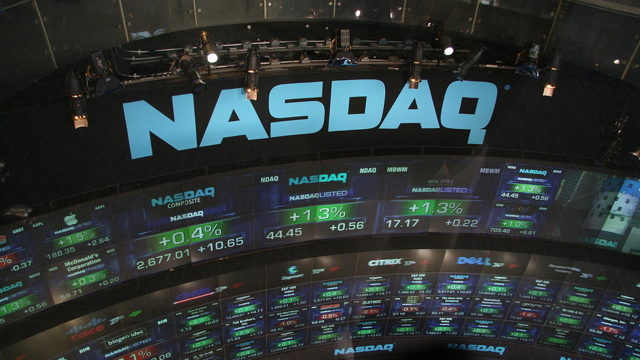 “What makes ad fraud so attractive is how not very well prosecuted it is compared to other crimes,” said Integral Ad Science senior malware analyst David Wells. “I think that within our lifetime it’s very hard to say ‘yes’ or ‘no’ if it can be completely solved.”

NYIAX’s solution is to “open a futures exchange that uses software similar to what powers Nasdaq exchanges,” equipped with blockchain, which is intended to “strip away some of the anonymity that begets fraud on other digital platforms.” That, says NYIAX, will “guarantee anyone offering ad space will follow through on their commitment, making it safer and more practical for publishers and advertisers to find one another.”

“It’s kind of like the perfect storm,” said NYIAX chief executive Lou Severine, who wouldn’t comment on the terms of its licensing agreement with Nasdaq. “We’re in the right place at the right time with the right technology.”

NYIAX has signed up 40 companies as test users, and “plans to officially launch the business by October.” The company also wants to eventually move into radio, TV and, said Severine, “anywhere where there’s an advertising contract that’s traded.”

“Convincing agencies and advertisers to shift away from giants like Google to use a startup” will be NYIAX’s big challenge, said Simulmedia chief executive Dave Morgan, who notes that, “the success is not about the technology, but the success is about how the technology is applied.”