Many argue that 3D television has yet to go mainstream in sports due to the need for special glasses, lack of programming, and the overall expense. Now, 4K video cameras are being used to capture high quality video that can processed by software from Replay Technologies called freeD. It will offer more crisp, wider video views than what is currently offered on HD broadcasts. FreeD can also create multiple angle instant replays that surpass current offerings. 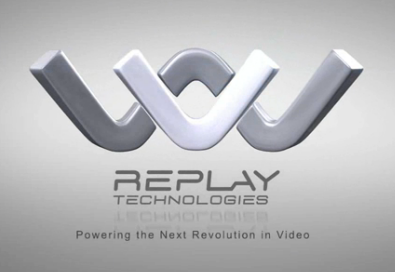 NBC is planning to use 4K cameras by Teledyne DALSA that will shoot at 60 frames per second during two Dallas Cowboy games. The captured video will then be processed by the freeD (Free Dimensional Video) software, which freezes the action and offers multiple views (similar to the approach to the action scenes in the “The Matrix”).

The YES TV network has used freeD during New York Yankee games to replay what happens at home plate. There is an approximate 30 second delay in order to create the freeD clips.

FreeD has also appeared at the 2012 London Olympics with NBC coverage of gymnasts in mid-air motion. The video software was present at last year’s PGA Players Championship golf tournament.

Cameras will be mounted around each end zone during the September 8th New York Giants-Cowboys game at AT&T Stadium in Texas, reports the Los Angeles Times. NBC’s broadcasts of the October 5th Notre Dame-Arizona State game and the October 13th Washington Redskins-Cowboys game also are expected to use freeD.

“Being able to seamlessly move from side to side and around an entire play without switching shots will entertain and inform the fans in Cowboys stadium and the National TV audience on NBC,” explained Fred Gaudelli, producer of NBC’s “Sunday Night Football.”

“Fans will think they’re playing a video game or watching a sci-fi movie, but they’ll actually be viewing real NFL football as never presented before,” he said.

Demos of the freeD experience can be found at the LA Times. To learn more, visit the Replay Technologies freeD site.