On December 13, Sony plans to release the Xperia Ear on Amazon in time for holiday gift shopping. Priced at $200, the device, which will also be available eventually at Fry’s Electronics, Abt and B&H, will compete with Amazon Echo and Google Home — but in a form factor that resembles a Bluetooth earpiece. Sony had originally said it would release Xperia Ear in the summer, but then pushed the release date. The earpiece, available in black, is a companion to Xperia smartphones.

TechCrunch reports that Xperia Ear is “powered by Sony’s own Agent assistant,” and designed to work best with Sony’s Xperia phones. The device offers a full day of battery life, and, designed for an “on-the-go” experience, it provides “functionality like calendar reminders, driving directions and text messages.” 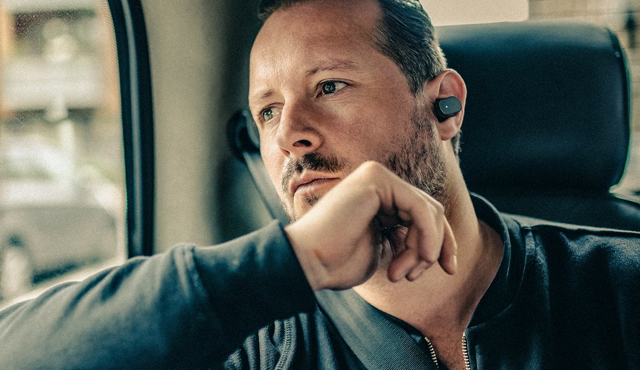 The Verge adds that, “the earbuds connect to a wearer’s phone through Bluetooth and NFC and are controlled through a companion Android app.” Its star feature is a built-in voice assistant, with which the user can “send a text through voice, get news updates, and check their calendar,” as well as “gesture to accept or ignore phone calls.”

Digital Trends suggests Ear “should make life more convenient for those who follow a predictable daily routine,” noting that the technology includes “a proximity sensor, gyroscope, accelerometer, and NFC for simple tap-and-go pairing to your Android phone.” (Although Sony will not reveal what the future use will be of the gyroscope or accelerometer.)

With talk time estimated at 3.5 hours, and as much as 80 hours of standby, the user can set Ear to automatically source news, weather and other information, or tap the side of the earpiece for voice-assisted commands.

The Ear’s carrying case can autocharge the unit up to three times, and the device comes “with multiple sizes of silicone tips, as well as a rubber guard at the top in small, medium, and large sizes.”