Snapchat launched a temporary Discover channel yesterday featuring advertiser-created content. Sony Pictures Entertainment paid for a “sponsored” Discover channel to promote its new James Bond film “Spectre,” which opened on Monday in the U.K. The Discover section currently includes 15 media partners, but the 007 channel (which is sharing multimedia content for the film such as behind-the-scenes footage, cast member testimonials and Bond trivia questions) represents the first time a brand has paid to be featured this way on Snapchat Discover. 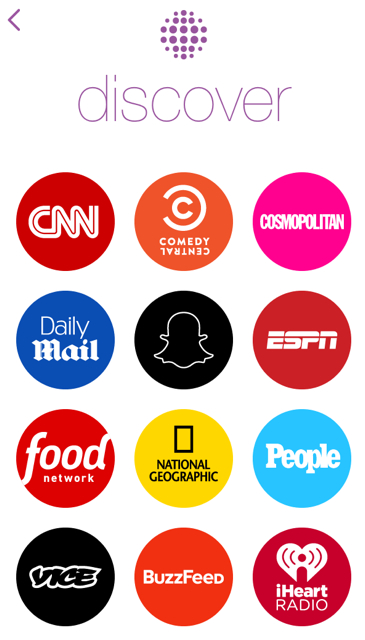 “The ‘Spectre’ channel appears both in the first position of the scrollable list of Discover buttons on the Snapchat Stories page, and in the upper-left corner of the Snapchat Discover page, right next to similar buttons from Refinery29 and Daily Mail,” explains The Wall Street Journal.

“In fact, the new 007-branded channel, which is labeled as sponsored, pushes the iHeart Radio Discover button down below the ‘fold’ (on an iPhone 6S it gets moved off the screen).”

Until now, Snapchat’s ad model has relied more on digital ads and 10-second videos, for example, that would appear alongside published content.

“Whether or not this is going to become a regular part of the app, or just a one-time test, is still unclear,” notes Re/code. “Snapchat’s ad strategy, like many other parts of the company, tends to change quickly. But a sponsored channel is a very Snapchat-specific way to give advertisers more space than your standard 10-second video spot might allow.”