Alibaba has reportedly invested $10 million in Ouya, maker of the miniature game console that raised an impressive $1 million in just over 8 hours after launching on Kickstarter. Despite a successful crowdfunding campaign, Ouya has struggled to gain traction in a gaming market dominated by Microsoft, Sony and others. Alibaba already makes its own set-top box, so it appears that the company’s interest in Ouya is geared towards incorporating the game maker’s software and library of games. 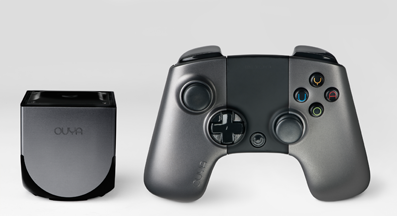 “The investment could help Ouya find new life in China, a market where gaming is primed for growth,” reports The Wall Street Journal. “China’s State Council recently lifted a ban on videogame consoles that had been in place since 2000, and dozens of new entrants are now flooding the country with low-priced set-top boxes that run cheap or free-to-play games.”

Ouya first hit major retailers such as Best Buy, Target and Amazon back in 2013 but was met with disappointing reviews. Failure to meet everyone’s expectations, as well as stiff competition from PlayStation, Xbox and other consoles has left Ouya at a disadvantage.

“That competitive pressure, along with the high costs of manufacturing a hardware device, have led Ouya to shift its focus away from hardware and look for opportunities to license its library of games to other devices and to manufacturers outside the U.S.,” explains WSJ.

Alibaba’s investment in Ouya is consistent with the company’s “interest in striking strategic deals with U.S. startups to import technology and entertainment to China,” WSJ adds.

The massive e-commerce company was already involved in the gaming industry with investments in mobile-gaming and set-top boxes of its own such as the Tmall Box 2.