Oculus unveiled its latest VR headset, currently named “Crescent Bay,” at a Hollywood event over the weekend. Some 800 developers attended Oculus Connect, the company’s first conference, to check out the new device. While not yet commercially available, the prototype promises a more comfortable, natural experience. Crescent Bay features 360-degree motion tracking, integrated headphones and improved ergonomics. It is not the consumer version, but is “sprinting toward” it, explained chief exec Brendan Iribe.

“The latest Oculus prototype is much lighter than its predecessor and it sits more comfortably on the head,” reports The Wall Street Journal. “It is also less blurry and gives the user less of a dizzy feeling. A small camera in the room can track users’ movements. The latest version includes headphones that can recreate sound in 360 degrees.” 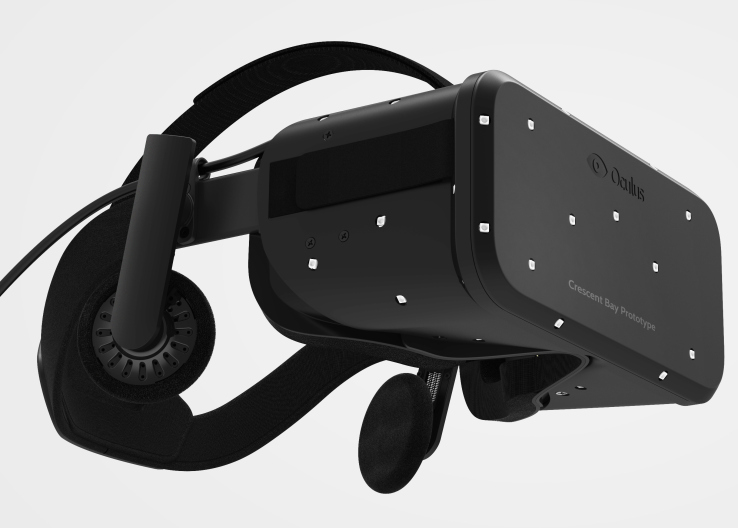 Oculus has distributed its prototypes to thousands of developers, and has made much of its hardware and software open source. While this approach could potentially impact its competitive advantage, some say it is helping the technology evolve faster and bringing us closer to apps, games, and other VR content.

“Oculus recently unveiled the Gear VR headset in partnership with Samsung Electronics,” notes the Los Angeles Times. “The gadget needs a Samsung Galaxy Note 4 smartphone attached to it to serve as the display and the computer. It’s expected to cost $199.”

“Crescent Bay is part of a separate product line of headsets, known as the Rift, that have a built-in computer and display. But Rift is expected to cost twice as much when it eventually comes onto the consumer market.”

According to ETC’s Phil Lelyveld, the following are the key takeaways from Oculus Connect:

Related Stories:
Filmmakers Look to Virtual Reality and Oculus as the Future of Storytelling, The Hollywood Reporter, 9/20/14
Oculus Rift Hands-On: Why the Latest Version is a Watershed Moment for Gaming, The Guardian, 9/21/14