Nokia to Release its First Windows-Based Tablet This Week

Nokia will offer its first Windows-based tablet, the Lumia 2520, for as little as $199 through AT&T in the U.S. starting November 22. Verizon also plans to carry the new tablet, but has yet to announce a launch date. The tablet is equipped with a 10.1-inch HD screen and LTE technology. Nokia opted for Windows RT rather than the full version of Windows 8.1 to boost battery life and keep the device thinner. So far, however, Windows RT tablets have been a tough sell for some companies.

“AT&T said the new device goes on sale November 22 for $399 with a two-year data agreement, or $199 if bundled with another higher-end Nokia smartphone and a two-year plan,” reports The Wall Street Journal. “The device will also be available in other global markets, but details of price and availability for those markets hasn’t been released.” 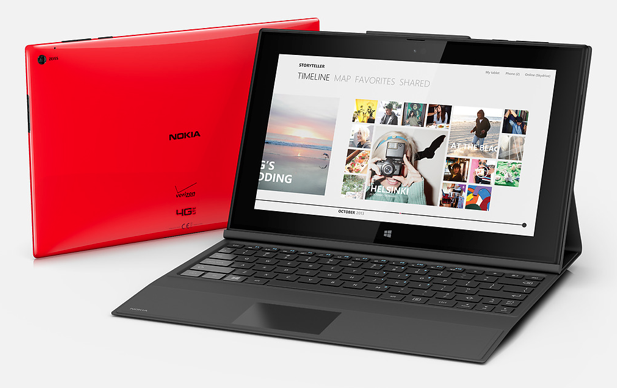 Nokia has fallen behind competitors such as Samsung and Apple in recent years. Last year, the company agreed to sell its handset business to Microsoft for more than $7 billion. Microsoft hopes to beef up its mobile Windows operating system while facing stiff competition from industry leaders Apple iOS and Google Android.

The new tablet “is part of a product push the Finnish company is launching in advance of the holiday shopping season,” notes WSJ. “Earlier this month, it said it would sell a new Lumia 1520 ‘phablet’ for $199 on a two-year contract, severely undercutting Samsung’s similarly-sized Note 3 device.”

“Nokia dabbled in small Internet tablets several years ago, but the Lumia 2520 marks its first entry into the current crowded market,” explains CNET. “As a newcomer, the company faces an uphill battle competing against the iPad and the many low-cost Android tablets.”

November 22 will also mark the release of Nokia’s Lumia 1520 smartphone and Microsoft’s Xbox One game console.