At NAB 2017, China-based Z CAM, which offers an interchangeable lens mount 4K VR camera, inked a partnership with Assimilate, which offers an interactive, creative platform. The Z CAM S1 VR camera is a four-sensor system with high-speed Ethernet port, providing 4K at 60fps or 6K at 30fps (post-stitching output) and Z CAM’s WonderStitch. That is paired with Assimilate’s real-time Scratch VR Z bundle, which includes the features of Scratch and Scratch Web plus 360-degree tools and features, stitching and ambisonic audio.

“Stitching is a camera problem,” said Assimilate chief executive Jeff Edson. “The camera manufacturer understands the optics and characteristics of the lenses. Stitching is much closer to the camera than the post side, where you do correct anomalies to optimize the image.” 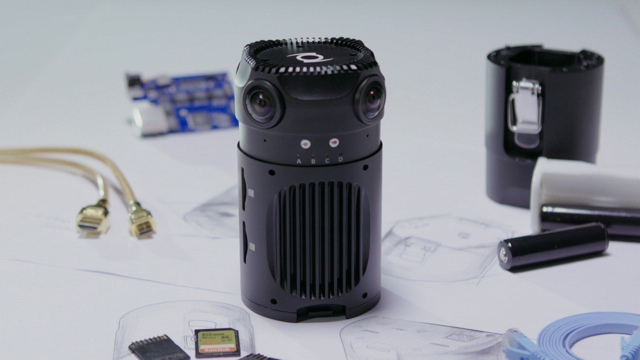 Several industry insiders suggested to both Z CAM and Assimilate that the two companies meet, and it was an instant match, at least in part because Z CAM founder/chairman Jason Zheng thoroughly agrees with Edson’s assessment.

“With this joint effort between Scratch VR and Z CAM, we have closed the loop,” said Z CAM chief executive Kinson Loo. “It’s a professional workflow that allows content creators to focus more effort and time on the creativity side as opposed to stitching.” The integrated bundle, which is priced at $4,999, will ship four weeks after NAB. 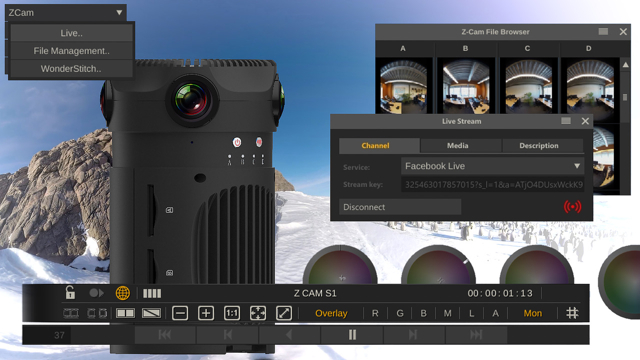 The bundled technology offers two types of production: live streaming and 360 post production. With the former, the user can take advantage of real-time inserting/compositing graphics/text overlays, including animations, and keying for elements like green, and then go directly to Facebook 360. For a post workflow, the bundle offers a VR workflow that enables the user to switch back and forth between the S1 functions and the Scratch VR Z tools.

Scratch VR Z also provides live camera preview before shooting with the S1, and then is used for dailies and data management (including metadata). High-speed Ethernet connect the S1 to the PC; Z CAM’s WonderStitch is integrated into Scratch VR Z, which then provides editing, color grading, and compositing. The creator can choose multi-channel audio from the S1 or add external ambisonic sound. The result can be published online or on 360 platforms.

“The VR space today is a technical space and creative people are struggling through it,” said Edson. “Not to say it’s easy, but what we’ve done is make the workflow from camera to post a more straightforward process.”