Myo Armband May Be the Next Generation of Gesture Control

Thalmic Labs is providing a vision of computing’s possible future — a wrist cuff that can control computers, smartphones, gaming consoles, and other devices with simple hand gestures. The Myo armband reads forearm muscles for cues regarding what the user wants, providing an alternative to both voice and camera-based computing controls. Myo will initially be offered for $149 for the one-size-fits-all model. 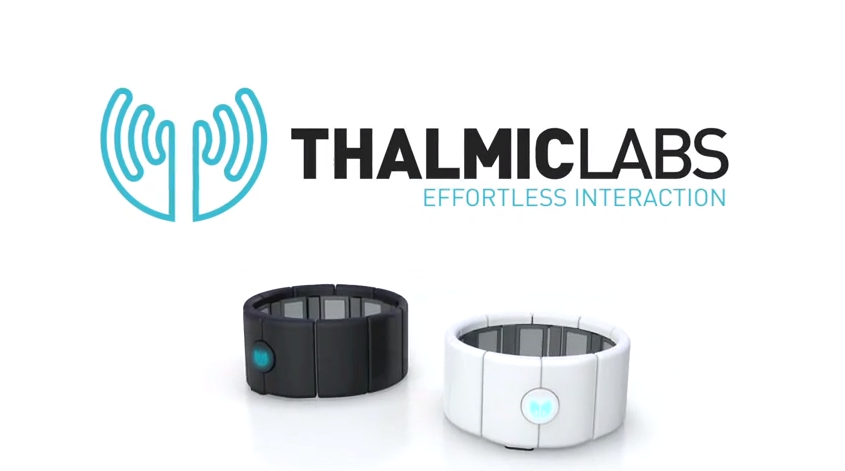 Myo uses electromyography, a technique that measures electrical impulses produced in arm muscles when moved. The sensors “can detect when you make a gesture and translate that to a digital command for your computer, mobile device, or remote controlled vehicle,” reports Wired.

“When you go to move you hand, you’re using muscles in your forearm which, when they contract and activate, produce just a few microvolts of electrical activity,” explains Thalmic Labs co-founder Stephen Lake. “Our sensors on the surface of the skin amplify that activity by thousands of times and plug it into a processor in the band, which is running machine learning algorithms.” The technology is similar to that found in high-tech arm and hand prosthetics.

And Myo is intuitive as well. “As you wear the Myo over time, Lake says, it begins to learn your unique electrical impulses and accuracy improves,” notes the article. “The device also has haptic feedback — a small vibration — to tell you when you’ve completed a recognized gesture, such as a hand swipe or finger pinch. That helps shorten the learning curve, says Lake.”

Myo is set to ship later this year, at which point Thalmic Labs will offer an open API so that developers can “connect it to other systems or build their own programs,” writes Wired. Pre-orders for the Myo started this week. A video demo is available on the Myo site.