Spotify and Ford Team to Offer Streaming Music in Your Car

At the Mobile World Congress this week, Spotify and Ford announced that the music streaming service will soon be available via the Sync AppLink platform and integrated with the Sync’s voice command system in Ford vehicles in the U.S., Europe and Australia. Additionally, iPhone and Android apps will soon pair up with the dashboard AppLink system to stream music through car speakers. 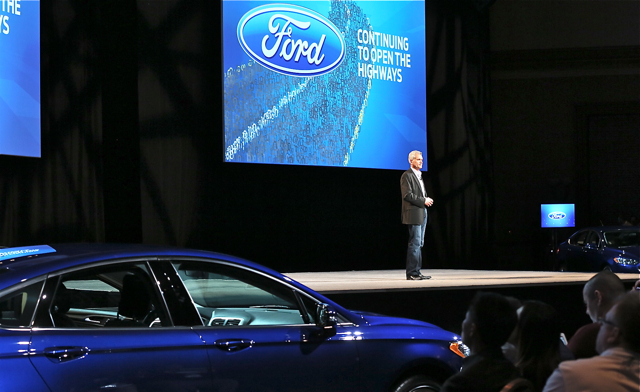 “Ford CTO Paul Mascarenas said digital music streaming figures right into Sync’s sweet spot,” notes the article. “Ford doesn’t have to explain the utility of the services to the driving public since music is already the most popular form of entertainment in the car. The integration of a streaming service into Sync is relatively simple. And since the content is audio only and can be manipulated through Sync commands, the apps all easily meet Ford’s requirements that no connected car app distract a driver from the road, he said.”

Ford’s new open development platform was originally unveiled at CES in January. “Though the program is barely more than a month old, 2,500 developers have already signed up and downloaded the SDK,” reports GigaOM. “Many of those devs have already completed apps and have submitted them to Ford, and a few those apps actually received final approval, Mascarenas said.”