According to NPD Group, Epic Games’ survival shooter game “Fortnite” and other PlayStation, Xbox and PC multiplayer games are driving sales of headsets to gamers who like to talk to other gamers while they play. NPD, which tracks the $36 billion U.S. videogame industry, added that sales of game accessories and gift cards have now risen to $372 million. This record-breaking sales number is due to the popularity of multiplayer games, said NPD analyst Mat Piscatella, who pointed to “Fortnite,” which has become a smash hit.

The Wall Street Journal reports that “Fortnite” — which is the first free-to-play shooter game to garner “tens of millions” of players — grew in popularity when Epic Games “made it possible for crossplay between users on PCs and consoles.” NPD said that, on an annual basis, “headset sales last year reached $509 million, up 2.8 percent from 2016.” In multiplayer games, team members use headsets with microphones to strategize or socialize. 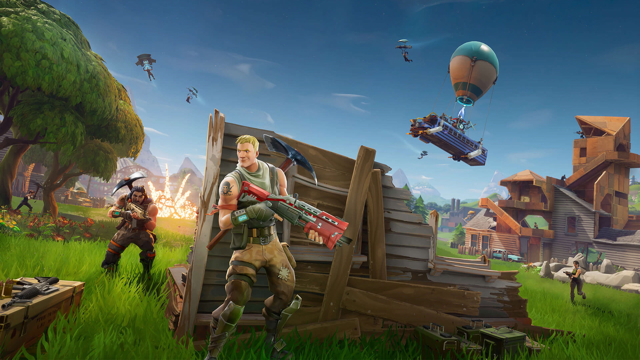 “If you’re playing it with a team, you have to talk to one another,” said Wedbush analyst Michael Pachter about “Fortnite.” Analysts estimate that “Fortnite” now has close to 50 million players across its free and paid versions.

Wall Street analysts are closely following the impact of “Fortnite” on other shooter games. Institutional investors “gathered at Macquarie Securities in New York” to learn more about the game from Billy Cacciabaudo, the 13-year-old son of a trader, who “explained how the game is played, how the free mode generates revenue and why he and his friends love it.” Also recently, “more than 667,000 people watched Ninja, a well-known live-streaming gamer, play ‘Fortnite’ on Amazon’s Twitch.”

Business Insider reports that, “’Fortnite Battle Royale’ has only been available on iOS devices for the last 30 days, but it’s already grossed more than $25 million in that time.” Analytics firm Sensor Tower also revealed that “average daily player spending in ‘Fortnite’ has topped $1 million globally on the App Store, with the game coming only second to Netflix in terms of the amount of time Americans spend inside the app.”

“Fortnite,” it added, “has become a bona fide smartphone gaming sensation, having grossed more than $25 million in its first 30 days — and it has only been available to all iOS gamers since April 1.” The free game “makes its money through in-app purchases, where you can buy virtual currency to buy new outfits for your character.”

Sensor Tower, which notes that an Android version of the game has yet to debut, “could gross as much as $500 million by the end of 2018 across iOS and Android devices alone.”