In addition, he noted that teams are working on AI for games and are “deep into architecturing the next Xbox consoles, where we will once again deliver on our commitment to set the benchmark for console gaming.” 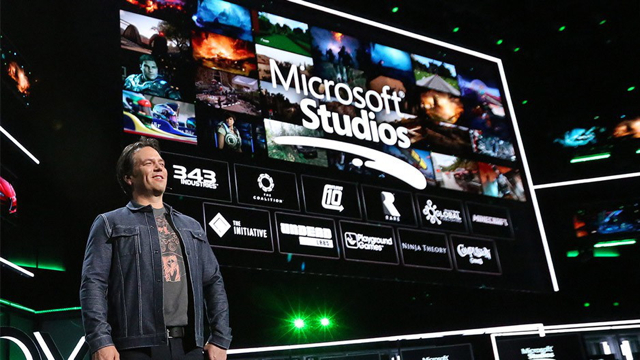 “The four studios will add to Microsoft’s considerable heft in first-party game development, especially as the company looks to strengthen its game download subscription service Xbox Game Pass,” reports TechCrunch. “The new studios will all be housed beneath the Microsoft Studios brand alongside a new venture called The Initiative led by former Crystal Dynamics head of studio Darrell Gallagher.”

The $10-per-month “Xbox One Game Pass is a great deal,” suggests VentureBeat, “and Microsoft is working to make it even more enticing with a new technology called fast start. This uses machine learning to figure out ways to start games twice as fast as normal downloads.”

Spencer confirmed the development of a new game streaming service. “Our cloud engineers are building a game streaming network to unlock console gaming on any device,” he explained.

While he did not provide “any firm dates on when the service will be available,” notes The Verge, “he’s previously teased Xbox game streaming within three years. Many have tried and failed to create a game streaming service, and it’s a challenging thing to get right.”