Turner’s Cartoon Network launched an app last week that features 10- to 15-second clips of the cable channel’s animated shows. “Cartoon Network Anything” is targeting boys 6- to 11-years old, many of whom are shifting towards mobile media consumption. Cartoon Network designed the app to drive young viewers back to the TV with promotions for on-air properties in between the 15-second clips, games, polls, quizzes, trivia, and puzzles. The free app is available for iOS and Android. 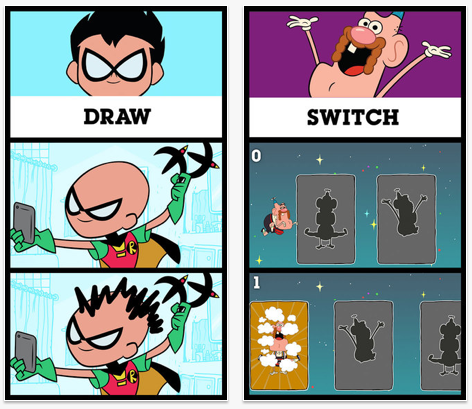 At launch, the app has over 400 pieces of content with more on the way. The videos come from of the network’s most popular shows, including “Adventure Time,” “Regular Show,” “Gumball” and “Teen Titans Go.” Cartoon Network also plans to release some app-exclusive content.

McDonald’s is the launch sponsor of the free app, so there are several in-app advertisements for the national food chain, including “sponsored by” messaging and interstitial banner ads. Cartoon Network may expand the ability to monetize advertising on this platform by producing native ad content that features the network’s characters.

One of Cartoon Network’s most recent digital initiatives was another app, “CN Sayin’” that lets fans record their own versions of catchphrases from the network’s shows. The fan-generated videos are then selected to appear on TV.