Leading Smart TVs to Include Magine Cloud Service in Europe

Magine’s cloud-based TV service currently allows users to scan TV schedules, surf channels, rewind programs and access archived content via their tablets, smartphones or computers. Starting early next year, European users will be able to do the same with their smart TVs when sets from LG, Panasonic and Philips’ venture with TPV Technology will come preloaded with the Swedish company’s cloud TV software. Magine is demonstrating the system this week at MIPCOM in Cannes, France (October 7-10). 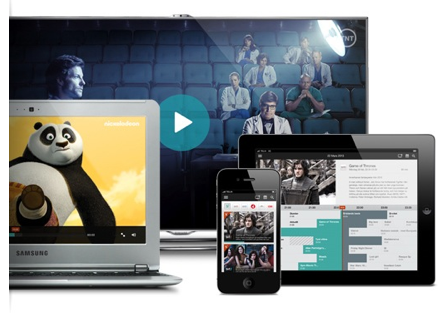 “We see already that people are using this on the subway, at work and home, and we are seeing an increase in TV watching in general with it,” said Mattias Hjelmstedt, CEO of Stockholm-based Magine.

The company operates in Sweden, Spain and Germany, with plans to expand. Magine is also in discussions with content providers and broadcasters to offer additional programming beyond its current 38 channels.

“Magine started its service in Sweden in March and forecasts it will have 1 million users by early next year,” reports Bloomberg. “Cloud-based TV services facilitate so-called cord cutting, allowing TV viewers to watch any program at any time from any device and eliminating reliance on a TV set-top box, cables or a satellite dish.”

“TV channels, telecommunications carriers and Internet companies like Google Inc.’s YouTube are all looking to tend to consumers demanding more flexible TV viewing, with services from video-streaming on tablets and smartphones, to video-on-demand for catching up on previously aired content,” suggests the article.

“New TV viewing habits are also sending overflow onto the Internet via social-media platforms like Twitter Inc. and Facebook Inc., as audiences connect to discuss what they’re watching as they watch it.”

“These services are about mobile, tablet and PC viewing and can be a nice proposition for people who aren’t going to pay 50 pounds ($80) a month for premium channels,” said Paul Jackson, media analyst at Informa Telecoms & Media in London.