Oculus is joining with a number of hardware partners — including Alienware, AMD, Asus, Dell, Intel and Nvidia — to introduce “Oculus Ready” PC systems optimized for the Rift. Starting at price points under $1,000, PCs featuring the certification are expected to hit the market next year and could be a major step toward the consumer adoption of virtual reality. Oculus CEO Brendan Iribe previously hinted that a complete Rift system, including a PC, would run about $1,500. Founder Palmer Luckey recently added that the Rift headset alone will cost more than the $350 developer kit.

“You know, I’m going to be perfectly honest with you. We’re roughly in that ballpark…” said Luckey in an interview with Road to VR, “but it’s going to cost more than that. And the reason for that is that we’ve added a lot of technology to this thing beyond what existed in the DK1 and DK2 days.” 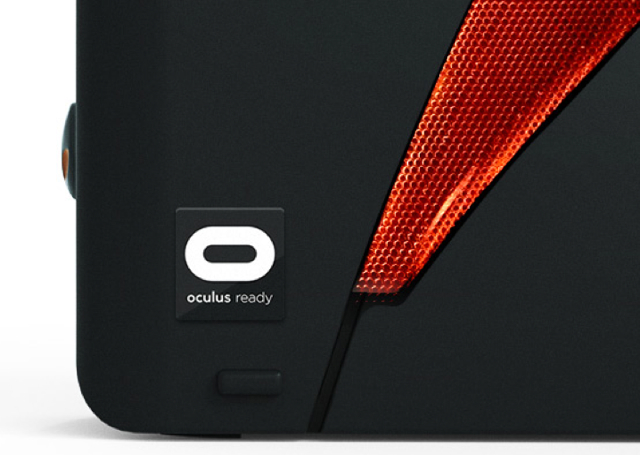 Luckey said the company is not looking to lower the price point, but is more focused on launching a product with “no compromises… in terms of quality.”

According to Oculus, the new certified PCs have “been designed, assembled, and tested with the Rift in mind, so you can be confident they’ll deliver a great VR experience.” Each PC will include the “Oculus Ready” logo (pictured above).

“This represents a big step towards bringing VR to consumers,” suggests UploadVR. “The fact remains that the recommended specs, which include a GTX 970, will require a number of consumers to upgrade their PCs. By labeling and pre-designing kits that are made to work with VR out of the box they fully optimize the experience for consumers looking to transition into the new medium.”