During its I/O conference, Google introduced new hardware partners for Android TV and Google Cast, its solutions for watching Web content on TV screens. One of these is Chinese electronics company Xiaomi, showing a new Mi Box that supports 4K, high dynamic range and, for the first time, will ship to the U.S. The Bluetooth remote-equipped Mi Box offers voice recognition and built-in Google Cast technology, enabling the user to cast content from iOS and Android devices. Google also says new Sony Bravia and RCA TVs and a Sharp Net Player will ship running Android TV. 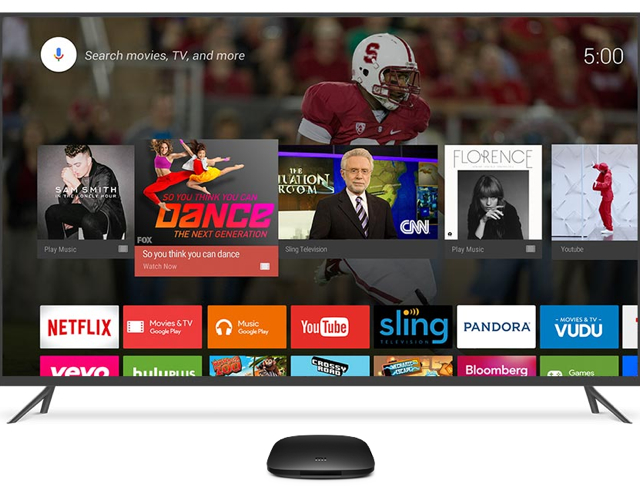 The Bluetooth remote also supports voice control and doubles as a gaming controller for Android TV-compatible games, although Xiaomi offers a separate Mi Game Controller for the set-top box and other Android devices.

Google is pursuing a two-pronged strategy with regard to streaming video on TV, notes The Verge, which reports that, in Europe, Android TV will be available on Beko, Grundig, and Vestel TVs, and Google Cast with upcoming TVs from Toshiba, Philips, Magnavox, Westinghouse, and Polaroid, all of which will be available this summer.

Of its two streaming options, Chromecast is “an inexpensive, mobile-driven option that lets users cast content from their mobile devices directly onto a TV screen, provided that a Chromecast dongle is plugged into the TV,” whereas Google Cast is built into TVs. Google reports it’s sold 25 million Chromecast devices. Android TV, however, is either the default TV operating system in the STB or the TV itself, offering apps that stream video.