Google Amps Up Competition with Free Version of Play Music

A week before Apple was set to unveil its streaming music service, Google came out with a free, albeit limited, version of Play Music, which began as a $9.99-a-month subscription service in 2013. Google is offering the service to lure more listeners to its subscription version, which loses potential customers when they are asked to input credit card information. Whether this strategy pays off is unclear, and some industry analysts wonder if Google is cannibalizing its own services or amping up its music creds in a competitive streaming music environment. 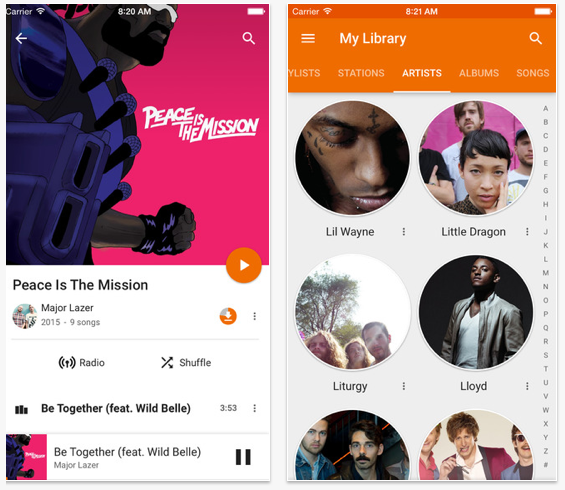 Competitors include Pandora Media (whose stock dipped following Google’s announcement), Spotify and, of course, Apple Music. But, says a Bloomberg article, Google is mainly competing with itself, largely via YouTube which serves as a repository of “tons of music videos… a consistent sore spot for record companies and music publishers who see the service as a deterrent to signing up for paid subscription services.”

Whereas the paid version of Google Play lets users stream more than 30 million songs, create their own playlists and store up to 50,000 purchased tracks, the new free streaming service resembles a radio station, curated by genre, mood, decade or activity.

The Wall Street Journal reports that the free version will also create a “station” related to a user search for a favorite artist, album or song.

But some changes go deeper. According to The Verge, “free users are limited to six skips per hour; you can pause tracks, but there’s no ability to rewind, scrub through songs, or even see what’s coming up next.”

Wired quoted Google Play Music product manager Elias Roman as saying that most people “have no idea how to DJ for themselves” and that the free service is trying to solve “Stale iPod Syndrome.”

Another potential issue is the cost of using the music. WSJ notes that Google pays $2.30 per 1,000 streams to rights-holders but that some music industry members are trying to get those rates increased.