FCC Rules in Favor of Regulating Broadband Internet as Utility

The FCC voted 3 to 2 yesterday to approve regulation of broadband Internet service as a public utility. The new rules, recently proposed by FCC Chairman Tom Wheeler, are designed to ensure net neutrality by discouraging content blocking and the introduction of “fast lanes” for Internet and media companies and “slow lanes” for others. Wheeler said the FCC was using “all the tools in our toolbox to protect innovators and consumers.” He added that Internet access is “too important to let broadband providers be the ones making the rules.”

“Mobile data service for smartphones and tablets, in addition to wired lines, is being placed under the new rules,” reports The New York Times. “The order also includes provisions to protect consumer privacy and to ensure that Internet service is available to people with disabilities and in remote areas.” 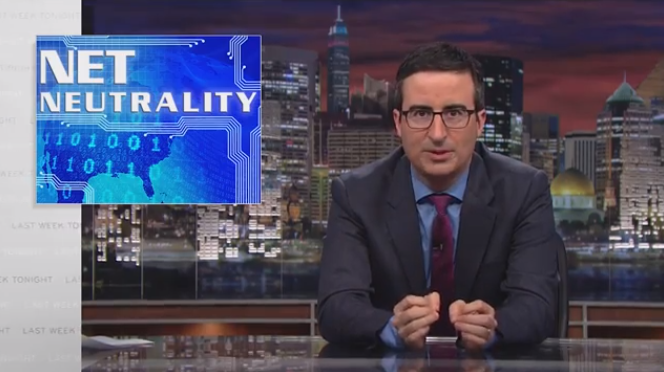 As expected, the rules were approved along party lines, with Democrats in favor of Wheeler’s proposal and Republicans concerned that regulation would negatively impact competition, investment and innovation. “Republicans delivered a scathing critique of the order as overly broad, vague and unnecessary,” notes NYT.

Lawsuits to challenge the new order are expected. Cable television and telecommunications companies are among those in opposition, fearing that regulation and bureaucratic interference will ultimately lead to stifled innovation and higher prices for consumers.

“Today, the FCC took one of the most regulatory steps in its history,” suggested Michael Powell, president of the National Cable and Telecommunications Association and former chairman of the FCC. “The commission has breathed new life into the decayed telephone regulatory model and applied it to the most dynamic, freewheeling and innovative platform in history.”

Hollywood studios have been mostly quiet, yet some execs reportedly share the concerns of ISPs and believe less regulation is a better plan.

“While the goal of net neutrality may be the status quo — to keep the Internet the way it is — the FCC’s proposed tough regulatory approach could impact Hollywood in two key areas: the pathways consumers take to receive programming, and the price they pay for it,” reports Variety.

“The current renaissance in TV is fueled, at least in part, by the expansion of cable programming as well as online video from providers like Netflix and Amazon,” notes the article. “The concern is that this new ‘golden age of television’ won’t last long if Internet service providers engage in so-called paid prioritization, that is, asking studios and networks to fork over money to get speedier and better access to subscribers.”

The MPAA and its member studios have yet to make a statement about the decision. “The trade association instead said that it was waiting to see whether the final language restricts the ability to combat online piracy or whether the rules could somehow extend to content,” explains Variety in a related article.

Meanwhile, supporters of the new model include Internet companies and public interest groups. Michael Beckerman, president of the Internet Association (which includes Facebook and Google), described the vote as “a welcome step in our effort to create strong, enforceable net neutrality rules.”

Related:
The Push for Net Neutrality Arose from Lack of Choice, The New York Times, 2/25/15
For Netflix, One Net Neutrality Issue Remains Unclear, The Wall Street Journal, 2/25/15
This FCC Rule Will Matter More Than Net Neutrality Will, MIT Technology Review, 2/26/15