Facebook plans to ramp up its efforts to provide free basic Internet on mobile devices, after successfully debuting the application through its Internet.org platform in 17 developing countries. The company will launch a dedicated portal for mobile operators to offer the service under Internet.org, which has brought nine million people online in the last year. Facebook hopes to bring an estimated 4.5 billion people online in Latin America, Asia and Africa. The platform offers free pared-down Web services and Facebook’s social network and messaging. 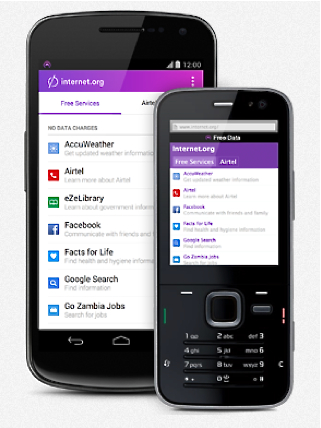 “Internet.org brings new users onto mobile networks on average over 50 percent faster after launching free basic services, and more than half of the people who come online through Internet.org are paying for data and accessing the Internet within the first 30 days,” claims Internet.org on its blog.

According to Re/code, the Internet.org application was “launched in India in February in partnership with Reliance Communications.” However, it “faced backlash with a number of leading technology and Internet firms pulling out of the service after activists claimed it violated the principles of a neutral Internet.”

“I would say India is unique in that respect and very much an outlier,” said Chris Daniels, vice president of product for Internet.org. “In other markets, Internet.org has been embraced as a pro-connectivity initiative that has garnered a lot of support.”

In response to criticism regarding net neutrality, “Mark Zuckerberg has refuted calls — loudest in India — that by constructing a program of pre-selected services, Facebook and its operator partners play the role of gatekeeper rather than encouraging a free Internet,” explains TechCrunch. And by opening Internet.org to third-party developers, Facebook is essentially allowing any company to add their services.