“The ETC is a driving force for innovation in the entertainment space,” Roberts said. “It is truly an honor to be recognized among such an extraordinary group of people. I’m humbled and grateful for this award and for my team whose ideas, passion and ingenuity have made it possible.” 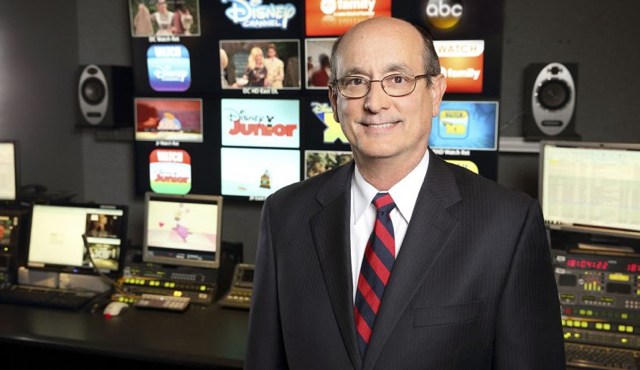 As reported by Carolyn Giardina in The Hollywood Reporter, “The event was attended by a who’s who of Hollywood’s technology leaders, including Wendy Aylsworth, senior VP of technology at Warner Bros.; Craig German, executive VP of worldwide technical operations at Paramount; Arjun Ramamurthy, VP of technology at Fox; Spencer Stephens, CTO at Sony Pictures; Jamie Voris, CTO at Disney; and Michael Wise, CTO at Universal.”

In honoring Roberts, who also served as chairman of the Entertainment Technology Center’s executive board for five years, ETC recognized his outstanding contributions to the entertainment industry as it migrates from the analog past to its digital future.

As the primary technology leader for the Disney/ABC Television Group, Roberts is responsible for the development of a comprehensive technology roadmap in support of strategic objectives.

Roberts and his team have become industry leaders in developing and implementing cloud-based and file-based workflows supporting both linear broadcast operations and digital media nonlinear delivery. Their TV everywhere Watch apps have been downloaded more than 50 million times and have garnered more than 3 billion views. With Watch ABC, they became the first broadcast network to offer a 24-hour livestream of its local, national and syndicated programming.

“Vince Roberts exemplifies the spirit of the Bob Lambert Award,” said ETC CEO and Executive Director Kenneth Williams. “It is a select honor that goes to rare individuals who not only serve and guide their own companies but share their knowledge, experience and leadership for the betterment of the industry.”

The Bob Lambert Technology Leadership Award is named in memory of Bob Lambert, the longtime Disney executive, former ETC chairman and technology pioneer. It was most recently awarded to former Warner Bros. executive Chuck Dages in 2013.