Essential Kills Next Smarthone and Is Reportedly Up for Sale

Android creator Andy Rubin’s startup, Essential Products, born out of his incubator Playground Global, may be on the sales block. The startup, which raised about $300 million from Amazon, Tencent Holdings, Redpoint Ventures and Hon Hai Precision Industry (Foxconn), ceased development of a new smartphone, say sources, and hired Credit Suisse Group to advise on its sale. Reportedly, Essence has already piqued the interest of one potential buyer. The original Essential smartphone, manufactured by Foxconn, debuted last August.

Bloomberg reports that, according to analysis from Equidate, the company was valued at $900 million to $1 billion about a year ago. Essential spent “more than $100 million on developing its first products,” say sources. Essential’s first phone was taken up by Sprint, “which has been seeking a popular flagship phone, [and] launched a significant marketing campaign for Essential’s device when it was introduced.” 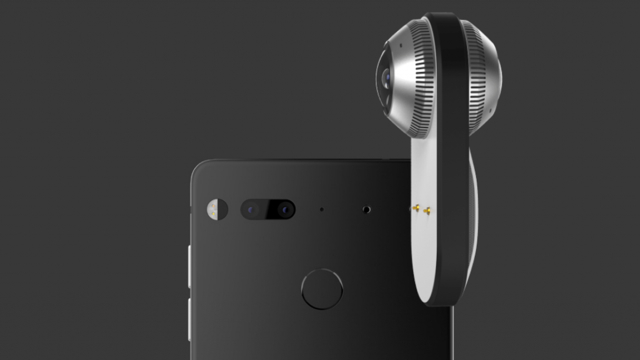 Anyone buying Essential will get “its patent portfolio, hardware products like the original smartphone, an upcoming smart home device and a camera attachment for the phone,” as well as its engineering staff, including “those hired from Apple and Alphabet’s Google.”

The Essential Phone, priced at $699, “debuted with a cutting edge look that beat Apple’s iPhone X to market with a nearly all-screen front,” and featured “a unique ceramic casing,” and Android software “nearly identical to the stock version running on Google’s Pixel phones.” But the phone didn’t sell well, with buyers complaining about “poor camera capabilities, issues with the touchscreen and problems making phone calls.”

At that price, the phone is said to have sold “as few as 20,000 units across its website and third-party distribution partners,” and, in October, the company lowered the price to $499. Sources say the phone has now sold “at least 150,000 units to date.”

The company also struggled to keep its hardware and software engineers and top executives; vice president of marketing Brian Wallace left “just weeks after the company started,” and hardware engineering head Joe Tate also left. After canceling the development of a second phone, its engineers and “other resources” were shifted to “an upcoming smart-home product, which is on track for release by next year.”

Essential has reportedly also “explored hiring a manufacturer other than Foxconn to develop a device with the Essential brand,” which would take the company out of the development process “but still give them a presence in the smartphone market.”

“We always have multiple products in development at the same time and we embrace canceling some in favor of the ones we think will be bigger hits,” tweeted Rubin. “We are putting all of our efforts towards our future, game-changing products, which include mobile and home products.”