Augmented Reality is about to get a boost, not from a new set of glasses, but from ear buds. Doppler Labs, via a Kickstarter campaign that raised more than $600,000, has produced Here, live in-ear audio tuners that let the user tweak live audio from the environment or a music event. Each bud has its own microprocessor, and, importantly, there is no latency. Doppler Labs made Here for audiophiles and live music fans, and plans to provide a pair to every Coachella paid attendee, with pre-set filters for every music act.

According to TechCrunch, Doppler Labs has already started shipping its first limited run of 10,000 Here buds to Kickstarter backers. Here works through a Bluetooth connection to the iPhone and an app that gives the user control of the EQ to tweak basic volume, bass and treble levels, and add special effects like Echo, Flange and Fuzz. 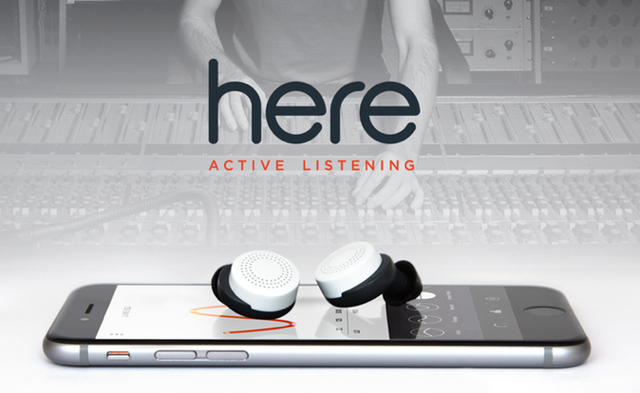 “The real utility of the Here Active Listening System comes in the live EQ tuner and the volume controls,” explains TechCrunch. “Whatever you’d hear without them, you hear with them at the exact same time, which is a feat of engineering both for the hardware and the software. I’m no audiophile, but the Here Active Listening System made me feel like a live music producer.”

To gain more mainstream acceptance, Doppler partnered with Coachella to offer the Here system to everyone who buys a ticket to the popular music festival.

“The Coachella partnership presented an opportunity to make Here the most widely adopted AR or VR product in history,” said Doppler Labs cofounder Fritz Lanman. “Coachella is the perfect way to introduce the world to the concept of ‘audio augmented reality’ — and to establish Here not only as a magical product but also a social product that is designed to further tune you into your world, unlike a headphone — which one can obviously not wear in a social setting.”

Those pre-set filters will enable each user to “hear the song exactly as the artist intended from the live stage.” Doppler’s long-term goal, says Lanman, is to “establish the ear as the focal points for the next phase of computing,” equipping every ear with a mic and a computer.