As the number of households with children who use tablets increases, Disney is ramping up its efforts to cater to kids’ viewing habits. On November 24, Disney will release the first nine episodes of its newest series on mobile devices with the Watch Disney Junior app. The series, “Sheriff Callie’s Wild West,” won’t debut on TV until early next year, but children with an iPad at home will be able to watch and interact with it and other Disney favorites. 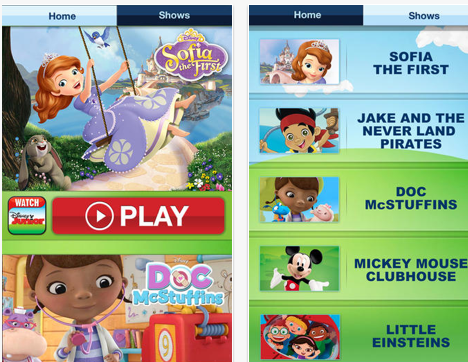 The move by Disney Junior Worldwide is part of a redesign of DisneyJunior.com, which is putting greater emphasis on tablet consumption and activity. According to the company’s research, “more than half of households with children now own a tablet,” writes The New York Times, which is a 40 percent increase from just last year.

The app, which targets kids between ages 2 and 7, will offer a handful of interactive “appisodes” of shows like “Sofia the First” and “Doc McStuffins,” and they’ll include activities that encourage kids to touch the screen and engage with the show.

“This is an entirely new approach for us,” Nancy Kanter, executive vice president and general manager of Disney Junior Worldwide, told NYT. “We have been amazed at how quickly kids have embraced this new technology. We’re talking billions of minutes spent watching.”

It makes sense that Disney would want to leverage the new trend in younger tablet users. Nickelodeon did the same earlier this year with an Emmy award-winning app featuring games and episodes.

NYT reports that Disney execs like Kanter hope the new show, “Sheriff Callie,” will benefit from binge-viewing among kids. They’ll be able to get their fix on the rest of the show’s 24 episodes either on the app or on the Disney Channel or Disney Junior when it makes its TV debut.