Coca-Cola Goes All Digital with Focus on Teens and Mobile

Beverage giant Coca-Cola has unveiled its multi-year initiative called “The AHH Effect,” produced with ad agency partner Wieden+Kennedy. The campaign will leverage the trend of mobile becoming a first screen for younger demographics and eventually plans to include dozens of digital games and other “snackable” digital experiences. The initiative also marks the first all-digital campaign for the company and a new approach to marketing. 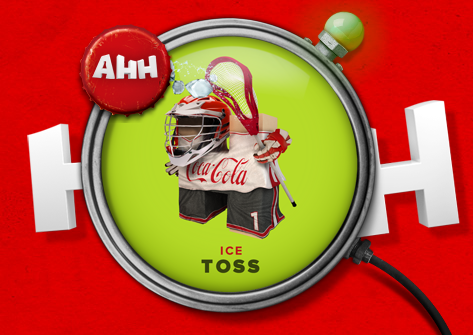 To kickstart the campaign, seventeen digital experiences including games such as “Ice Toss,” “Happy Dance” and “Guide the Bubble” are now live via the dedicated sites of The AHH Effect.

“To be clear, while Coke believes most of the activity will happen on smartphones and tablets, the effort can be accessed from desktops,” explains Adweek. “A digital media push involving 19 teen-friendly media partners like Alloy, Vevo, Buzzfeed, Facebook and Twitter will be in the offing.”

“In the coming weeks, Coke will utilize paid and owned media via Facebook and Twitter to encourage teens to create their own software-based experiences for the brand,” notes the article. “Out of the submissions, 25 will be selected to be included in ‘The AHH Effect’ run. Eventually, there will be 61 such experiences with a dedicated AHH.com destination — each new addition will add an ‘H’ to the URL. So yes, the 12th experience will have a URL entailing a dozen Hs.”

According to Pio Schunker, SVP of integrated marketing communications at Coca-Cola North America: “We will be refreshing these 61 experiences and optimizing them throughout the year as well as in the future in a way that we hope will continuously tap into a teen’s desire for discovery, constant stimulation, novelty as well as recognition.”