To leverage the growing trend of binge-viewing and promote its DVR services, TiVo sponsored an attempt by three men to break the world record for continuous TV watching. Las Vegas residents Chris Laughlin, Dan Jordan and Spencer Larson watched 87 straight hours of television through TiVo’s new Roamio DVR in a marathon viewing session at the company’s CES booth last week. The previous record was set by two Californians who watched more than 86 hours worth of “The Simpsons” in 2012.

The viewing session, which began Monday night and ended Friday morning, was monitored by volunteers and emergency medical technicians. The three participants took five-minute bathroom breaks every hour. For winning, they split a $5,000 prize and each received a package “including a TV, TiVo Roamio with product lifetime service, iPad, Sonos system, gamer chair and a year of Netflix,” explains The Hollywood Reporter. 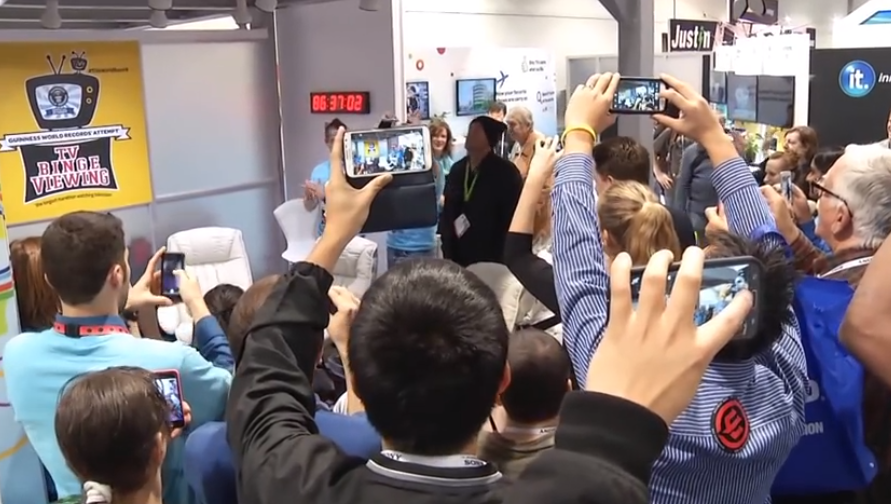 According to The Wall Street Journal, “After they broke the existing record, as previously recorded by the Guinness World Records people, the EMTs took the watchers away since they didn’t want them driving, a TiVo spokesman said.”

“Why was TiVo backing binging?” asks WSJ. “The company thinks that a key use model for DVR owners is holing up and watching many shows in a row, sometimes large portions of entire broadcast seasons.”

“A large percentage of TiVo users engage in some form of binging,” said Tom Rogers, president and CEO of TiVo. 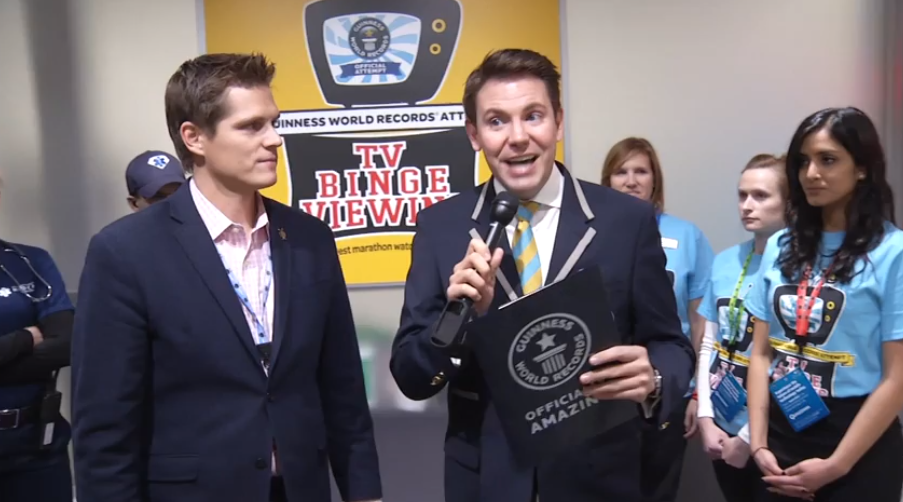 “The publicity stunt was a push for binge-viewing by TiVo, which considers its Roamio DVRs especially well suited for the practice, thanks to their ability to let users watch live, on-demand, and DVR content at home, online, and over mobile networks,” notes Digital Trends. “A majority of Americans engage in binge-viewing, according to a poll by Harris Interactive conducted last year, and the numbers have likely only grown since then. TiVo is hoping to cash in on that trend, and curtail ‘cord-cutting’ with its massive assortment of viewing options.”

Video coverage of the event is available on YouTube.