At CES, DTS demonstrated its new DTS:X codec that separates audio into objects rather than traditional channels (for example: dialogue or gunshots, instead of left, right, front, rear). The immersive sound technology is similar to Dolby Atmos, but DTS:X keeps dialogue separate, so the volume can be controlled independently during viewing. The company showed how DTS:X works with a television’s built-in speakers by screening a soccer match and switching audio between teams, sideline microphones and broadcast announcers.

DTS is a leader in Blu-ray audio encoding. Its new DTS:X — the successor to DTS-HD Master audio — is expected to compete with Dolby Atmos and Auro 3D. 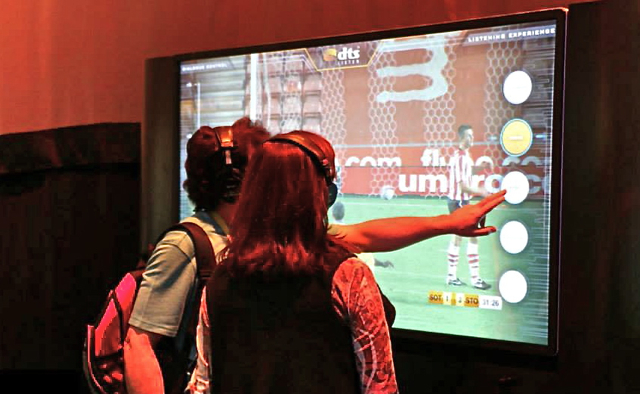 While DTS did not offer a lot of details beyond what was listed in its press release, the company noted that additional information will become available when DTS:X rolls out in March.

“On paper, it sounds gimmicky as all get-out, but in use it’s actually really worthwhile,” suggests Engadget. “Not every Blu-ray or TV show has the best audio mix and this presents a real solution that could benefit practically anybody — not just the folks with dedicated surround sound systems.”