The pocket-sized AirSelfie drone first appeared as a Kickstarter project in 2016, and now the AirSelfie2 is on display at CES 2018. The new model — which touts camera, flight time and field-of-view upgrades — features the ability to hover in one spot, providing users with the opportunity to record unique selfies and video footage. The AirSelfie2 is controlled by a smartphone app (Android or iOS) and includes a 12MP camera, 16GB of on-board storage, and a flight range of about 60 feet. The drone will be available this March for around $300.

The 12MP camera replaces the 5MP offering of the first AirSelfie. The new model also brings 85-degree field-of-view, a 50 percent increase in battery life, and a power bank for recharging. 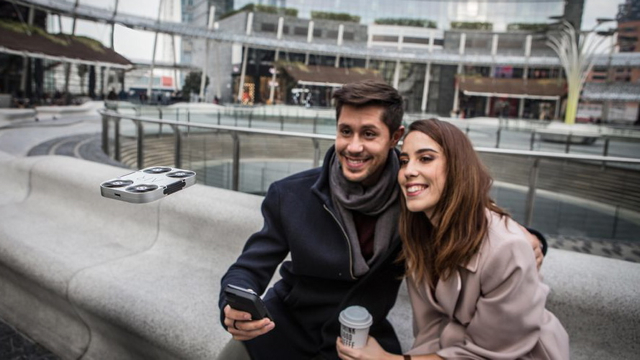 Weighing in at just over two ounces, the AirSelfie2 comes in silver, black, gold or rose gold (the original only came in silver).

According to CEO Stefano Cabella in an interview with Forbes, “AirSelfie was founded on the idea of creating a new product category: flying cameras. Flying cameras are the natural evolution of smartphones, as our everyday cameras in our phones capture our most memorable moments through videos and photos.”

“Because the AirSelfie can fly more than 60 feet from the person at the controls, users can get a whole new perspective with their photos or videos that they couldn’t with a selfie stick or extending their arm,” he added. 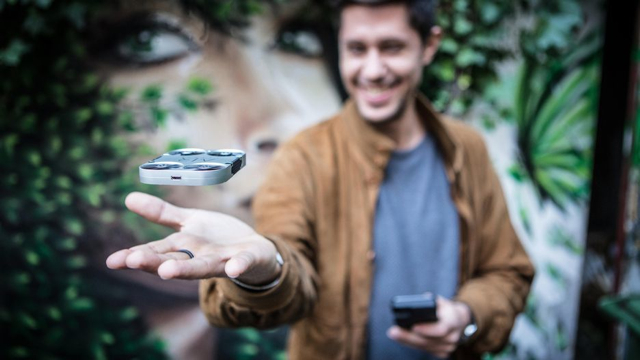 Cabella notes that consumers recorded an estimated 1.2 trillion digital photos last year (85 percent from smartphones), and they are always looking for new and interesting perspectives.

“More than 2 billion people use smartphones to take photos, and a large part of these users post them on social media,” he said in response to a question regarding how flying cameras can change our lives. “In fact, much of social media itself is about sharing photos with your community of friends and family. Flying cameras have the potential to engage people more in social media by delivering visuals from all new perspectives.”

According to the press release, the AirSelfie2 is on display at LVCC South Hall, Lower Level, #26030.