CES 2014: Trouble and Opportunity via the Internet of Things

The race to 4K will dominate the headlines at the 2014 International CES but the increasing interconnection of devices is hoped to be the next wave of dramatic change. While largely a marketing moniker to crystallize the ubiquity and significance of the eventual “Webbing” of all things, this also is a useful starting point to hone our expectations and look for the likely game changing categories that will emerge in this space and influence the media and technology industries. 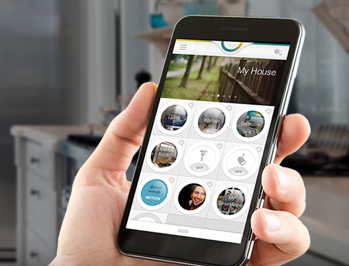 The Internet of Things (IoT) promises to change human life, but people typically resist change and complexity. Therefore, trouble and opportunity are ahead.

A first order of problem is just how to divide up the wildly diverse products that want to jump into the IoT hat. From smart tags on clothes (remember that) to smart TVs that know what we want, it seems to some that the “House of Tomorrow” will arrive. Not to throw a wet towel on the possibility of magic, but social and perhaps more importantly, human business, evolves at a slower rate than Moore’s Law.

In an insightful blog article, Scott Jenson outlines a simple quad approach to understanding the diverse models included within the giant tent of IoT. He breaks down the nature of the user interaction and the technical approach behind it in an easy to understand set of categories, and points to the temporal issues that will affect each of the four interaction models.

Whether Direct Device (your phone as tethered remote), a Direct Swarm (those color changing Philips bulbs), the more difficult Background Device (like passive information display in your environment) or no doubt the soon to be baffooned Background Swarm (your house automatically embarrassing you with a spectacular failure experienced by a doubting significant other), this will be a complicated growth field. 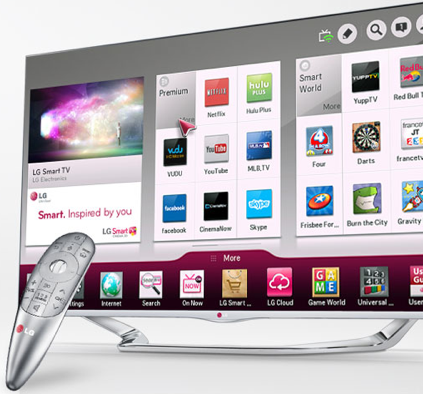 Just like the Internet of Things, the smart TV battle over delivery methods and business models has progressed surprisingly slowly as contractual knots are addressed. The accelerator to TV Everywhere will more likely rest in making sense of the overwhelming richness of an Internet of television and the fact that the current model of interaction is often counter to the wish to be entertained.

This is the same social and human business model issue that will affect all but the Direct Control model or the IoT.

We’ll be looking for advances in performance and interface. Speed and ease of use will no doubt be addressed by all the major manufacturers as the IoT and it’s house guest the smart TV set lurch forward to find their new place in the lifestyle of individuals and families.

However, just as the number of choices grew, and the “search model” of interaction ran out of steam in the TV world, the configure model of device interaction is a non starter in the wide consumer landscape. So we will be keen to see consumer friendly modes of interaction that also have good manners and actually offer something to enhance life as apposed to attempting to turn every customer into a whole house administrator.

Be sure to check back in January when we address these and other compelling topics during our CES coverage.