Consumer Electronics Association president and CEO Gary Shapiro projects that the CE industry is on course to generate an all-time high of $223.2 billion in sales in the U.S. this year. Shapiro told CES attendees that emerging technologies including 3D printers, Ultra HD televisions, connected appliances, drones, robots, cameras and wearables are likely to grow 108 percent in revenue in 2015. Other areas projected to experience more modest growth include smartphones, tablets and automotive technology.

However, at $11 billion, emerging tech will represent less than 5 percent of the overall CE industry forecast.

The projection is part of CEA’s semi-annual report, “The U.S. Consumer Electronics Sales and Forecasts.” Shapiro discussed some of the findings during his CES keynote address.

“Our forecast underscores that consumers’ love affair with technology shows no signs of slowing any time soon,” said Shapiro. “Consumer technology is all about continued innovation. In the blink of an eye, consumer demand has taken off for emerging categories such as wearables, unmanned aerial vehicles and 4K Ultra HD — categories that were too small to track just three years ago.” 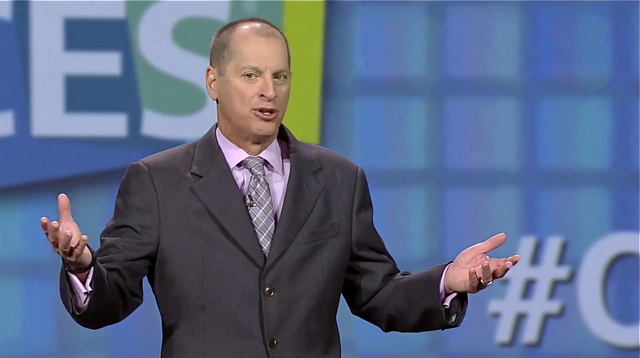 “Health and fitness devices are expected to dominate the wearables market in 2015 with a projected 20 million units shipped to retailers, generating more than $1.8 billion in revenue in 2015,” reports Variety. “The overall wearable biz will see unit sales reach 30.9 million, up 61 percent, and generate revenue of $5.1 billion, a 133 percent increase.”

In related news, Shapiro announced last night during the Leaders in Technology Dinner that the 2015 International CES was also breaking some records in terms of attendance and exhibitor space.

CEA has posted a video of Shapiro’s State of the Industry keynote.