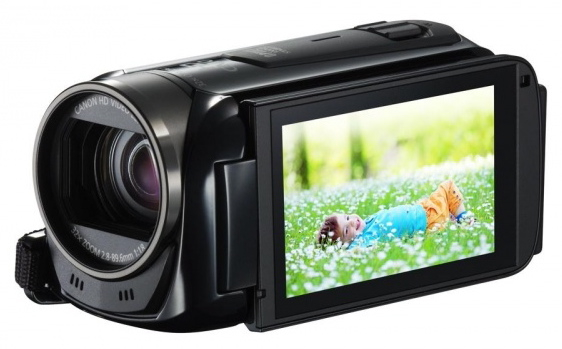 The Vixia mini X, also shipping in March, includes a Canon f/2.8 fisheye lens, Canon’s DIGIC DV 4 image processor, and the ability to record in Full HD in MP4 or AVCHD to a SD memory card.

The compact SX600 HS will be available next month in red, white or black. The ELPH 340 HS, available in March, will be offered in purple, silver or black.

The dual capture mode of the PowerShot N100 [below], “allows users to simultaneously lens an image using the main camera, while the story camera, a rear-facing sub-camera, will embed a picture of them onto the main image,” notes Carolyn. 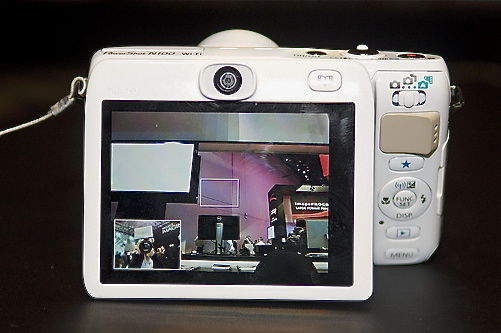 The idea behind the rear-facing camera is that “the photographer can be part of a special moment, like a wedding or birth of a newborn,” adds Digital Trends. “Another feature is Story Highlights, which creates a highlight video of every photo that’s stored on the memory card; the user can also curate what goes into that video.”

The N100 is connected, featuring NFC for pairing with a smartphone via Wi-Fi. “It uses the same 12-megapixel High-Sensitivity CMOS as the previous N, but it now has the DIGIC VI image processor — the highest ever on a PowerShot,” notes DT.