ATSC 3.0 is on the horizon, and Sinclair Broadcast Group chief executive/president Chris Ripley is excited. At CES 2017 in Las Vegas, he described the “five key new tenets” of ATSC 3.0 that will allow his company to do business differently. First and foremost, he said, is that “it’s a mobile-first standard” that is compatible with existing mobile technology. “Mobile is predicted to expand dramatically,” he enthused. Second, ATSC 3.0 is IP end-to-end, which will enable his stations to seamlessly integrate “content from broadband and IP perspectives.”

Ripley adds that the back office is also evolving simultaneously to IP, and predicts that, “in ten years, all video in our industry will be IP.” 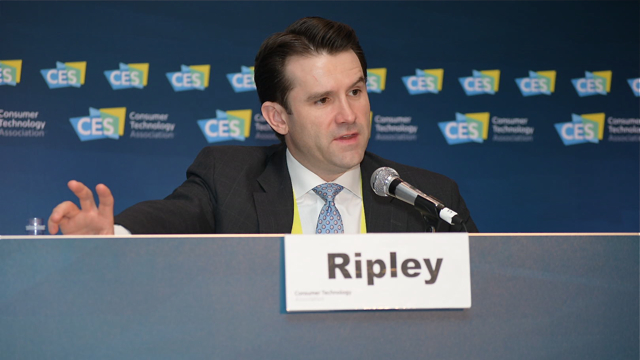 “It’ll provide a better consumer experience and be cheaper to produce and manage content,” he said. ATSC 3.0 will also give Sinclair Broadcast Group — indeed, all U.S. broadcasters — the ability to do targeted advertising, something that has been out of reach.

“We think CPMs on targeted ads are two to three times current ones,” he said. ATSC 3.0 will also provide ways to control access to the signal, and includes built-in DRM. Last, ATSC 3.0 will increase the amount of content that broadcasters can deliver four-to-five fold from ATSC 1.0.

Ericsson executive Gordon Castle reports that his company has been anticipating the hybrid network for three years, and underscores Ripley’s enthusiasm for mobile delivery. “In five years there will be twice as many smartphones,” he said. “Millennials already spend 50 percent of their content viewing on mobile devices.” But, he notes, letting the consumer watch content on an array of devices requires a seamless experience, “delivered in the most efficient way possible.”

Aslam Khader, chief product officer of Elemental Technologies, an Amazon Web Services company, says his company was set up ten years ago as one that “focused on a unified video infrastructure, delivering to any device anywhere.” “OTT has been difficult to conquer, but we now make it easy for customers,” he said. “We see the industry moving that way.”

Ripley says that Sinclair will continue to be “a core network affiliate, TV provider,” but “ATSC is about going beyond TV broadcasting and into the mobile business.”

South Korea, which adopted the ATSC 3.0 standard, is already a model for deployment. “We’ll be able to piggyback off that for receivers,” said Ripley. “When OEMs see the industry rolling out, we don’t perceive any problems with devices being available.” Castle added that “we already have hybrid delivery in many countries around the world,” noting that 3.0 is a driver for 5G adoption. Khader emphasized that, “scalable video is an interesting proposition to manage.”

“We believe that as devices become 3.0 capable, we’ll definitely be able to support it,” he said.

Ripley is certain that, “ten years from now … the TV business won’t look anything like it looks like today.” “But our distribution system will be flexible enough to use its capacity at its highest and best use,” he said. “Everything becomes possible under ATSC 3.0. It breaks the industry out of the box.”