MEMS & Sensors: Personalizing Consumer Technology, a CES 2017 conference track presented by the MEMS & Sensors Industry Group, featured leading MEMS manufacturers who discussed the latest developments in the industry. Similar to how the media and entertainment industry now leverages data to personalize the entertainment experience, so MEMS and sensors are helping the wearables industry create more personalized devices. That puts pressures on MEMS and sensor manufacturers to innovate.

As Bosch Sensortec chief executive Stefan Finkbeiner put it, “If you want to stay competitive in this market, you have to add value.”

“We have to bring intelligence to the sensors,” he said.

At the same time, MEMS and sensor manufacturers can’t do everything. STMicroelectronics executive vice president Benedetto Vigna knows that well. “When we started the microphone, we thought it would be easy,” he said. “We were wrong. It took us seven or eight years. Some MEMS families have synergies. In other cases, there’s only an illusion of synergy.” 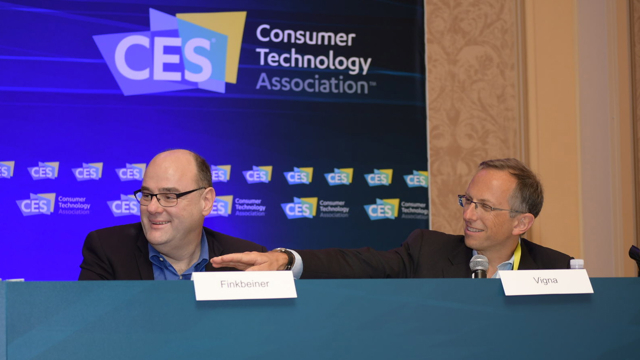 Profitability, adds Vigna, is driven by economy of scale. And it’s not all about hardware either. “Software is always the enabler that convinces customers to use your product,” he said. Knowles Corporation chief technology officer Alexis Bernard agrees. “It’s too simple to say sensors are a commodity,” he said. “We have to drive many use cases. We’re not done with innovation or making MEMS better for specific solutions.”

InvenSense chief executive Behrooz Abdi notes that, although “a lot of people talk about MEMS being a commodity,” there are still only a handful of companies capable of providing specific solutions.

QuickLogic Corporation president/chief executive Brian Faith reports that 80 percent of his company’s employers are software engineers.“People don’t think in sensors anymore, they think about solutions for use cases,” said Finkbeiner. “The combination of different sensor signals is what creates progress for the end user.”

We live in a multi-sensory world, noted Abdi, necessitating the use of multiple sensors. “A simple problem now requires a lot of work,” he said. He also pointed out that audio has become “very important.” Vigna brought up the growing importance of motion sensors, and Finkbeiner cited AR/VR applications as well as haptic and optical solutions. “There’s still room for sensors here,” he said.

Bernard reports that his company is “overwhelmed by customers who want specific sensors.” “But what we already have today is not fully leveraged,” he said. “We need to do that before we create new ones.”

Predictions for MEMS and sensors in 2017 are rosy, said the participants. Abdi believes “a lot of sensor rich platforms will be coming,” including those for medical wearables and VR/AR. “We’ll also see more ability to monetize sensor data,” he said. “And the number of sensors in our pockets, homes and cars will increase.”

Bernard and Faith both believe audio will be ubiquitous. “As use cases become bigger, they’ll require higher performance software,” said Bernard. “People will want to use their voices for everything.” Finkbleiner and Vigna are excited about new sensor types, including pressure sensors and chemical sensors.