Brendan Eich created JavaScript, the world’s most widely used programming language and co-founded Mozilla, the organization behind the Firefox browser that has become one of the most popular ways to navigate the Web. Now he’s back with Brave Software, a startup developing an open source browser for desktop and mobile that carves a middle path between excessive online advertising and antagonistic ad blockers. In his paradigm, advertisers, browser companies, websites and users stand to win.

According to Wired, Eich’s idea is to block advertisements (and tracking scripts) that “pillage your personal data,” replacing them with ads that “respect your privacy and don’t slow you computer to a crawl.” 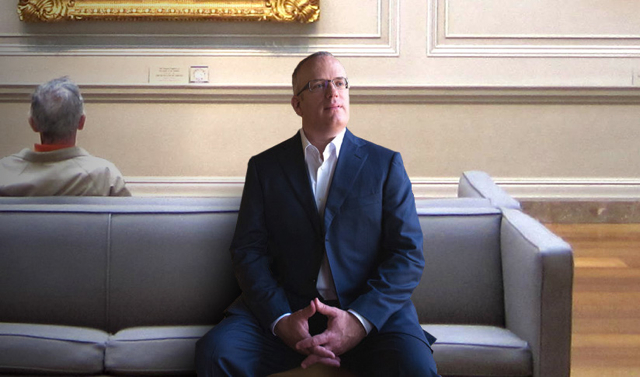 Brave plans to pay publishers 55 percent of the revenue generated by the ad, which Eich (above) says is “more than they make from a typical advertising network,” while the company pays its own advertising network partners 15 percent and keeps 15 percent for itself, with the remaining 15 percent going to the users. Brave also has a plan for a screening process to make sure people, not bots, are doing the surfing.

Currently, users have no idea what policies an advertising network has regarding the data it collects, unless he or she disables JavaScript. “So we invert this power structure and have the browser be an important part of the system instead of this passive window,” said Eich, whose ultimate goal is to transfer power on the Web back to users.

Eich was spurred to create the browser when he realized that online advertising was here to stay. But he also realized that current ad blockers are “openly antagonistic towards sites’ survival.” “With enough people blocking ads, the Web’s main funding model is in jeopardy,” he wrote on his blog.

With Brave, the idea is that those who don’t want to see ads can support sites through donations and everyone else can view ads that are “more relevant, less intrusive, and not so creepy.”

Although the Web browser sees everything you do, Brave Software says any data it shares will be anonymous, not shared without the user first opting in and, if the user opts to storing data in the cloud, encrypted. By targeting ads based on a user’s entire browser history — without sharing that information with advertisers — Brave hopes to encourage more targeted ads while protecting the user’s privacy.

Although Brave is not yet released, its open source code was just posted, enabling anyone with skills to install the application from the code itself.