Apple acquired Beats Electronics for $3 billion in May 2014. While it was expected that the Beats Music streaming service would be folded into iTunes Radio to take on Spotify and similar offerings, Apple Music was launched more than a year later. Now, Apple has announced that it plans to officially shutter Beats Music on November 30. A statement on the Beats Music site encourages subscribers to check out Apple’s new service: “Your subscription will be cancelled, but you can move your picks and preferences over to Apple Music right now.”

“All the pros that curated music for you are still crafting more amazing experiences,” notes the statement on Beats Music. “Plus, on Apple Music, you’ll get even better recommendations based on music you already listen to and love, 24/7 global radio with Beats 1, exciting material from your favorite artist, and more.” 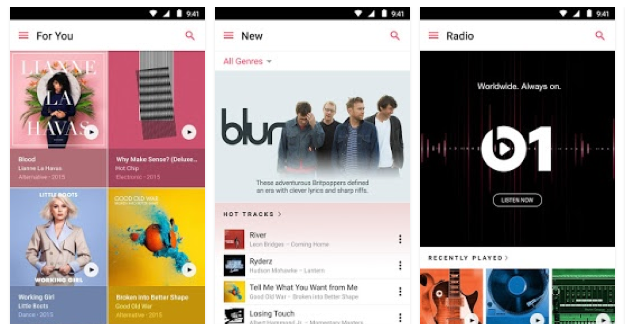 Apple Music announced last week that a beta version was available to Android users as an app on the Google Play store (for now, it’s missing features such as music videos and signing up for a family membership within the app).

“Apple Music is very similar to the version on iOS,” explains TechCrunch. “It comes complete with a three-month free trial. The prices are the same worldwide. It requires Android 4.3 or later and works with For You, New, Radio and Beats 1, Connect and My Music.”

“So if you’ve got another device with Apple Music and you’ve got your whole music library in the cloud you can access it from Android,” said Eddy Cue, Apple SVP of Internet software and services. “If you haven’t, but you’ve purchased music from iTunes in the past, if you use the same Apple ID when you join on Android it’ll read all the music you’ve purchased.”

According to Apple, Beats Music will close at the end of the month and its execs Dr. Dre, Jimmy Iovine and Trent Reznor are now part of the Apple Music team.

“In comparison, streaming market leader Spotify has accumulated 20 million paid subscribers and 75 million total users since its 2008 launch,” notes Digital Trends. “According to one study, though, Apple Music is reaching a bit of a different market than its competitors: people over the age of 35 were twice as likely to pay for the streamer after the end of its three-month free trial.”