J.P. Morgan Chase, Wells Fargo and other banks just introduced real-time person-to-person payments — something PayPal’s Venmo has done for years — to their five year-old joint effort clearXchange. Previously, clearXchange could take up to three days to transfer money. PayPal upped its game, by signing a deal with Visa to let Venmo and PayPal app users instantly access monies they receive. PayPal and the banks collect no fees on these transactions, which they regard as a gateway to other, paid services. 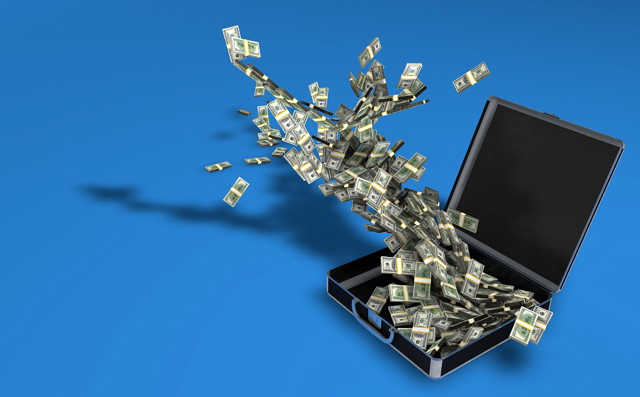 According to consulting firm Aite Group, “Americans made more than $1.2 trillion worth of person-to-person payments in 2014.” The average U.S. household made 54 such payments, of which 22 percent were cash, 16 percent were checks, 8 percent was via PayPal and the rest were “such options as gift cards and money orders.”

With clearXchange, customers can “use their checking accounts to send each other money with an email address or mobile-phone number even if they don’t use the same bank.” J.P. Morgan, Wells Fargo and Bank of America, which backed the service since its 2011 creation, will now offer real-time payments, as well as U.S. Bancorp and Capital One.

Currently, only 22 percent of U.S. customers have used their smartphone to send or receive money, says a Pew survey, and even among millennials, the percentage only goes up to 32. The lack of a brand that connects different banks has been one obstacle to acceptance. In July, however, clearXchange “processed more than 46 million transactions in the first quarter, accounting for more than $16 billion.”

The Wall Street Journal also reports that the group behind Ethereum cryptocurrency has just implemented a “hard fork,” a change that undoes the transactions that enabled the theft of $60 million worth of ether, its blockchain currency, in June. Critics say, however, that the hard fork contradicts the currency’s integrity, “the one quality that gives the platform value.”

By that, they refer to the fact that, in Ethereum’s open ledger, every transaction is recorded and unalterable, which is what makes a middleman unnecessary. Nearly 85 percent of the developers, users and participants involved in Ethereum adopted the fork, says Vitalik Buterin, the Russian-Canadian student who developed it in 2013.

In the month since the $60 million of ether was stolen, the hard fork was “the only viable solution presented to return the money.” Buterin, however, says he supports the fork because, “Ethereum is still in its development stages and isn’t fully formed.” “I don’t think the way things are done right now are precedent setting,” he says. In fact, the hard fork option was only available due to an escrow period for the Decentralized Autonomous Organization for Ethereum-based startups.

On Wednesday, when 9 million of the original 11.5 million ether originally invested was returned, the price of ether went up 7 percent. “The next time any major event happens, I don’t think we’re going to have any choice at all,” says Buterin.