Assessing the Impact of VOD, Broadband, Apps and 4K on TV

The consumer is besieged by content ad platform choices and options. A group of broadcast, cable and social media executives gathered during CES to describe how it’s changing their business. “It is crazy competitive,” said Starz CRO Michael Thornton. “You have to make that show not just the best of the season but the best of all time.” Needham & Co.’s Laura Martin put digital in its place, succinctly. “There is no money in digital,” she noted. “Unless you have the powerful economic engine of TV to fund it, you’re losing money.”

The most impactful technology out there, according to Facebook executive Sharon Mussalli, is mobile. “The mobile shift is huge and has already happened,” she noted. “Short-form mobile aids in discovery to push content to the large home screen where most consumption still takes place.” Discovery continues to be a challenge to all programmers, added Oxygen/Bravo executive Lisa Hsia. 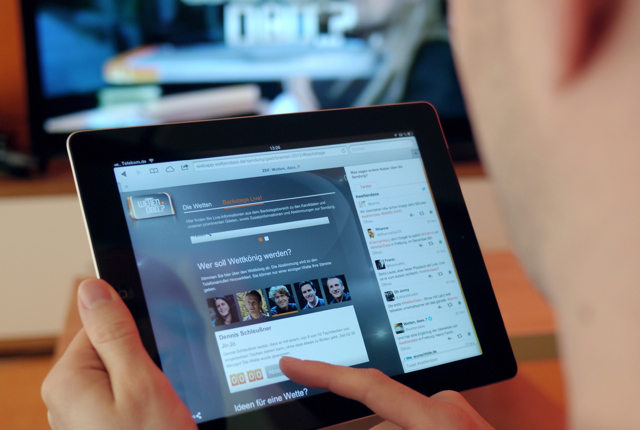 Interactivity is a mixed bag. Lopez related creating a second screen app for a show about finding a new boy band. “It enabled us to add minutes of engagement,” he explained. Hsia noted that, “People love to vote and judge other peoples’ behavior so that will do well.”

“But that doesn’t necessarily scale,” she added.

Mussalli described a staggered approach, using each platform carefully for its own strengths and demographic reach. “We should think holistically,” agreed Martin, describing fantasy sports as a “genius invention.” “We need someone to do the same thing for entertainment,” she said. “People spend more time viewing and I would call it interactive.”

Binge watching is not a new phenomenon, notes National Geographic Channel exec Brad Dancer, who points to TV marathons as a classic example of the phenomenon. “The behavior isn’t new so the growth isn’t surprising,” he said. “Technology has just made it easier to do. It’s definitely here to stay, but passive viewing isn’t going to go away either.”

Martin also threw some cold water on the image of ubiquitous binge-watching. “There are 100 million U.S. TV homes but only 50 percent have a DVR and 40 percent have Netflix, which are probably the same households,” she said. “So half of U.S. households can’t binge-watch.”