Apple’s newest version of its mobile operating system, iOS 7, was released on Wednesday, and is a significant design upgrade since the iPhone was first introduced in 2007. Its release comes as Pew Research Center’s Internet & American Life Project reports that more Americans are using their mobile phones to go online. Mobile devices are rapidly becoming an integral part of American’s lives as an increasing number go online to access information and services more frequently.

“Even setting aside the fact that the upgrade represents the most significant design overhaul in the iPhone’s brief history, the sheer number of people simultaneously experiencing such a radical change to their digital lives is breathtaking,” notes Wired. 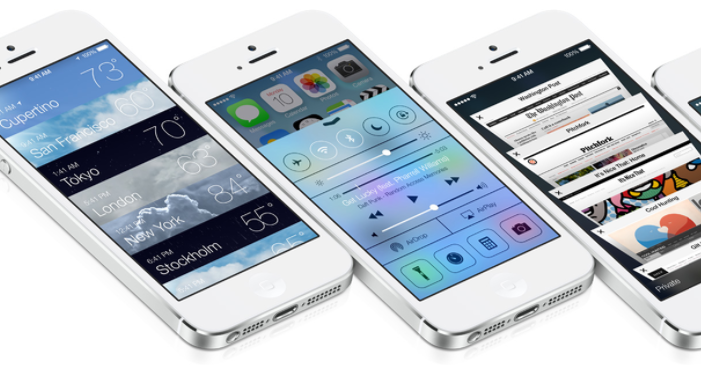 Approximately two-thirds of American mobile phone owners go online with their devices, according to a new poll by Pew Research. And since 2007, more than one-third of these users are using their devices as the primary method to access the Internet.

Internet use on cell phones grew by a double-digit rate in comparison to the same period last year. This was specifically among African-Americans, young adults, baby boomers and people with some college or degrees, in addition to those with an annual salary of at least $75,000.

Of the Hispanics surveyed, more than half stated that they mostly used their devices to go online, and more than 40 percent of African-Americans reported the same. In the 18 to 29 year old group that use their phones to go online, close to half have a high school education or less, as well as those earning less than $30,000 annually.

Nearly 170 million iPhone owners are mainly using their devices to access the Internet. As a whole, it is a group that would make up the eighth largest country in the world. An increasing number of users are more comfortable on the mobile Internet and making it their digital home.

“More than 500 million phones and tablets will be made new,” projects Alexis Madrigal from NPR. “Never before has a technology industry launch come close to matching the scale and speed of this switch.”