With a new Apple TV expected later this summer, the company has revamped the design for the device’s remote control. While Apple has always pushed for minimalist design, its new remote control will supposedly have more features than the previous model, which has hardly changed since the debut of Apple TV back in 2007. According to sources, the new control, while still user-friendly, features two physical buttons, includes a touchpad and is slightly thicker than the device’s current design. 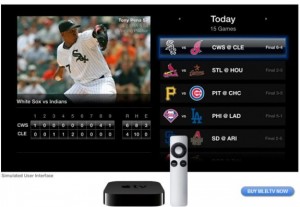 “The current Apple TV remote has been an important case study for Apple’s employee training program, Apple University,” reports The New York Times. “The Apple remote was used to show how the company’s product designers started out with an idea and debated until they had just what they needed for the device to be usable and easy to understand.”

When Apple TV was originally launched in 2007, the set-top box came equipped with a plastic white remote that had limited buttons. That original design has since transitioned into the current thin-metal design.

The new Apple TV is expected to be unveiled during the company’s annual developers conference in June.

Some sources have suggested that Apple is in talks with media companies and TV networks to launch an Internet-based TV service that would offer a less expensive content bundle than that of traditional cable and satellite TV packages.