Apple is introducing 4K Retina screens for its 21.5-inch iMacs and 5K resolution for its 27-inch iMacs. Displays also tout a 25 percent increase in color gamut. Larger iMacs will feature enhanced graphics capabilities and Intel’s new Skylake processor. And now that the iPhone 6s and 6s Plus offerings include the ability to record 4K video, an updated iMovie supports 4K footage and 1080p HD video at 60 fps. The company has also redesigned its Magic line of keyboards, mice and trackpads to include new features, including the ability to recharge batteries with the same Lightning plug used by the iPhone. 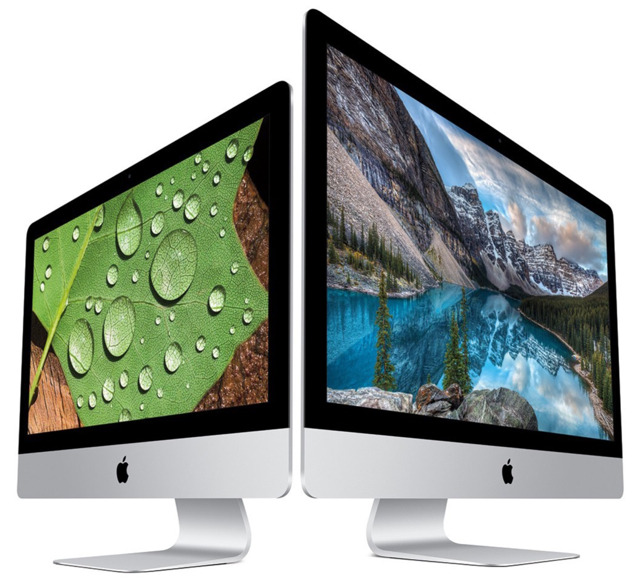 According to Apple, the new batteries will last about one month on a single charge. Meanwhile, the new keyboard is angled differently for increased comfort, and the Magic Trackpad 2 integrates Force Touch functionality, which debuted in the Apple Watch and can currently be found in the Macbook and iPhone 6s.

However, Apple did not include its TouchID fingerprint scanner in the new trackpad or keyboard. Since biometrics for interaction with apps and authentication is becoming more prevalent with mobile devices, it may be the next logical step for desktop systems.

In addition to the new 4K support for iMovie, “now you can begin editing on your iPhone or iPad,” notes 9to5Mac, “then finish editing on your Mac to take advantage of powerful features including color correction, green-screen effects, and animated maps.”

But the big news involves the updates to displays. “Last year, Apple began offering an upgrade to [the] 27-inch iMac called Retina 5K that quadrupled its resolution (5120×2880 pixels) — so many pixels that they seemed to just melt away, and made text look like the printed page,” reports The Wall Street Journal. “But Apple originally targeted professionals by charging a $700 premium for iMacs with these screens. Now Retina screens come standard on all 27-inch iMacs, starting at $1,800.”

ETC’s George Gerba points out that the increased range of colors is an important step for the display upgrades, since the 27-inch monitor can now be considered as a professional editing tool.

“When you look at these new iMac screens, reds and greens in particular look brighter or more vibrant,” notes WSJ. “With 25 percent more colors to work with, there’s also more detail because the monitors aren’t eliminating certain hues.” 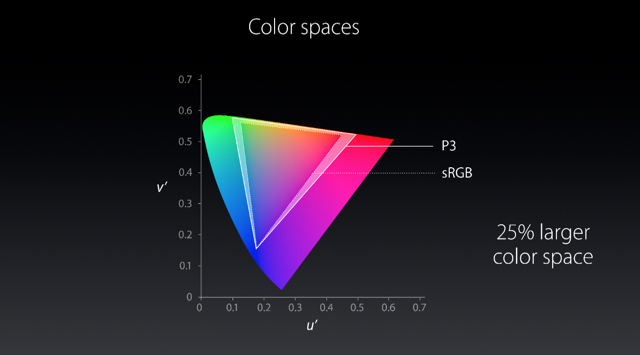 Since many images today are saved in the reduced color palette sRGB, users will likely need images and video saved in the DCI-P3 color standard to see the difference in the new monitors (P3 is 25 percent larger than sRGB).

“But don’t expect to see dramatic difference in your iPhone shots: the P3 effects will really explode only with dense-pixel images like raw data from DSLR cameras and other high resolution pictures,” explains Medium. “Movies are another issue; currently, you can’t download a 4K movie from the iTunes store. Apple acknowledges that the P3 is really an offering for the pro market.”