Netflix, Amazon, and other streaming services are ushering in a golden age of animation, with shows for adults and children. The rising demand for original content for all those services is also spurring the development of animated shows and the resulting need for more animators. Veteran animators say there’s a record demand that continues to be robust. Animation is a desirable genre of content because it doesn’t age as quickly as live action and always has a new audience of pre-schoolers and other young children.

Variety quotes Chris Prynoski, president/owner of independent animation studio Titmouse, as saying that, “there’s more animation work now than ever.” He reveals that “more than half of the programming the company is working on is for web-based platforms,” including series for Amazon Studios and Netflix.

Amazon Studios head of kids programming Tara Sorensen noted that, “Animation is a medium that works very well for SVOD.” “It also travels well internationally because it can be dubbed easily,” she added. “A preschool audience essentially regenerates every three to four years. That’s appealing for us.” 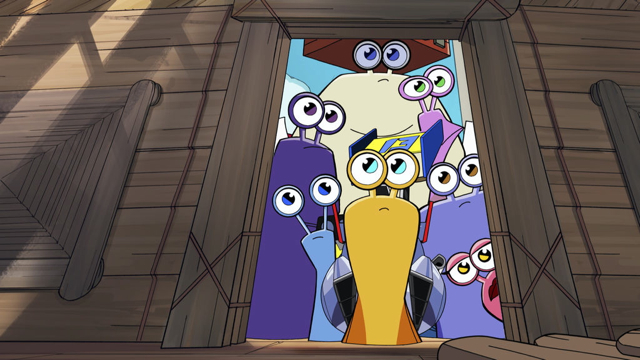 The wave of new shows has allowed Titmouse to grow to more than 500 employees. “These shows are pretty hefty orders,” said Prynoski, who reported that his company produced Netflix’s first animated original series, “Turbo FAST” (above), and was “quickly commissioned to develop more than 100 episodes.” DreamWorks next commissioned the studio for 100 episodes of “Home: Adventures with Tip & Oh.”

“We’re doing so much work for SVOD companies now, it’s crazy,” said Prynoski. Whereas a traditional broadcast TV network might commission a 10-episode season, “Netflix asks for 10 times that,” which boosts jobs not just for animators but also “storyboard and background artists, post-production artisans and others hired to work on these shows.”

Vancouver-based animation studio Bardel Entertainment has also benefited from the boom, with president Barry Ward noting that, “the sheer volume of work that SVOD has created is incredible.” “It’s definitely changed our studio,” he added. “Thanks to Netflix, we have almost double the work.”

Netflix and other streaming companies are also “going toe to toe with the major terrestrial entertainment companies,” and thus demanding high quality work with what Ward said are, “budgets are as high or higher than what you find on [linear] TV.” “It’s been very good for the industry,” he added. “When I go to conferences, everybody has a smile because nobody is out of work. Times are good. We’re creating a hell of a lot of content out there.”