Amazon Unveils New Web Services to Stream From the Cloud

In its effort to get apps, games and entire desktops running on the cloud, Amazon is launching two new Web services. The first, AppStream, enables developers to run and render an application in Amazon’s cloud. It can then be distributed to users on a variety of platforms. The second, WorkSpaces, will allow virtual desktops to be managed through Amazon’s cloud, a solution that Amazon claims would run for less than half the cost of a company maintaining its own virtualization servers.

“AppStream isn’t a perfect solution yet though, as it will only work on Windows, iOS, Android, and — naturally — Kindle Fires for now,” reports The Verge. “Amazon says that it’ll support Macs sometime next year, but it doesn’t mention the possibility of it working on other platforms or inside of a browser.” 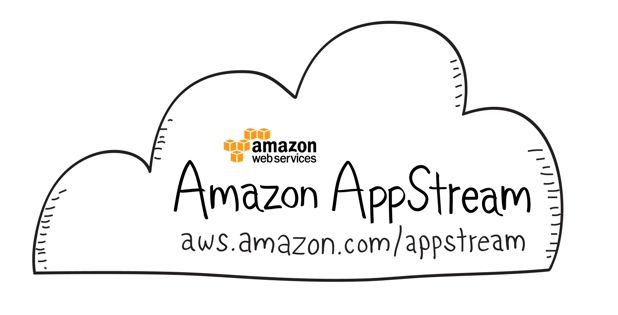 “AppStream also isn’t the best solution for serious games yet, as it can only stream a maximum of 720p at 30FPS,” notes the post. “However, Amazon does say that only portions of an app could be streamed, allowing the cloud to just assist in rendering, rather than doing all of it.”

“It deploys and renders your application on AWS infrastructure and streams the output to mass-market devices, such as personal computers, tablets, and mobile phones,” according to Amazon Web Services. “Because your application is running in the cloud, it can scale to handle vast computational and storage needs, regardless of the devices your customers are using.”

According to another AWS page, “Amazon WorkSpaces allows customers to easily provision cloud-based desktops that allow end-users to access the documents, applications and resources they need with the device of their choice, including laptops, iPad, Kindle Fire, or Android tablets.”

Computers won’t completely run off of Amazon’s cloud, since an application needs to be opened first.

“Streaming desktops and apps from the cloud has never been a popular solution because of performance issues, and Amazon doesn’t explicitly say that it can resolve those,” concludes The Verge. “But it does have a robust cloud infrastructure, and it does acknowledge that previous solutions haven’t been perfect, so this may be Amazon just getting started.”