Panono Camera Can Be Thrown into Air for Panoramic Shots

The Panono Camera offers a compelling solution for recording panoramic shots. The device is a ball with 36 embedded cameras that can be tossed into the air to capture 360-degree photos. Images are beamed wirelessly to a mobile device, and then stitched together in Panono’s cloud service. Creator Jonas Pfeil developed the prototype, which was roughly the size of a cantaloupe. Now he and the Panono co-founders plan to release a grapefruit-sized version in 2014 for $599.

“Imagine you are at the beach with a group of friends. Some of you are surfing, some are building a bonfire, some are tossing around a frisbee, some of you are just lying around — and you want to capture this moment, your unique memory,” reads the Panono’s Indiegogo project page. “Now the Panono Camera makes it possible to capture everything in every direction in a very high resolution image. Through your Panono Camera, you can freeze the surprise birthday party, the wedding dance floor, the football game, the best concert ever, or that amazing sunset in a whole new fascinating way.” 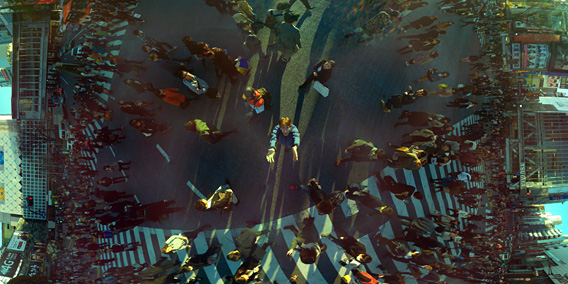 “After playing around with the ball for a bit, we can officially say that, yes, it is every bit as awesome as it seems,” notes the Gizmodo review.

Pfeil created the Panono prototype as part of his master’s thesis at the Technical University of Berlin. The latest iteration captures 72 megapixel images. Users can position the ball and press a button to record a panoramic photo or toss the ball into the air to take a full 360-degree picture.

“The ball handles everything automatically,” reports GigaOM. “It judges when it is at the peak of the toss and takes a picture then. It beams the 36 photos from the cameras wirelessly to your mobile device, which then sends them to Panono’s cloud service to be stitched together. The final image is sent back to your phone or computer, where it can be viewed online or in Panono’s app.”

The team behind Panono has turned to Indiegogo to help fund final development and manufacturing. Discounted pre-orders are available for $499. According to the Indiegogo page, the Panono will ship by September 2014.

“Panono’s app will be one of the ball’s greatest strengths,” suggests GigaOM. “When you pull up an image from you or a friend’s archives, you can physically turn your body and your mobile device to pan through the image. For anyone who has ever stood atop a monument and wished there was a way to preserve everything they saw, this is a really immersive way to do it.”