Amazon and Netflix have both entered a new arena: producing local content in Europe that, they hope, will also have global appeal. Germany, as Europe’s largest and wealthiest country, is of particular interest, but Amazon and Netflix also have competition. In one example, Britain’s Sky – which has 21 million subscribers — and German broadcaster ARD are shooting a 12-episode TV series, “Babylon Berlin,” about the years before Hitler’s rise, at a new $13 million outdoor set constructed at the Babelsberg Film Studio.

Bloomberg reports that, “Germany is becoming the focal point in the battle for the European pay-TV market,” which, says research firm IHS, will grow to $58 billion by 2019, up from $44 billion last year.

“Our U.S. original content travels well, but there is great TV being made in many countries,” explained Netflix executive Jonathan Friedland. That’s why Netflix hired Swiss director Baran bo Odar to helm its first German original series, the supernatural “Dark.” Amazon has brought on popular German actor Matthias Schweighöfer, to direct and star in “Wanted,” a thriller, and the company’s first original series produced outside the U.S. 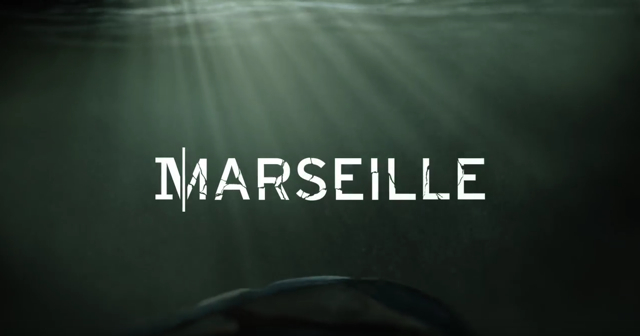 The push to produce local content goes beyond Germany. In May, Netflix will unveil “Marseille,” a French political drama starring Gérard Depardieu. Both Sky and Netflix are shooting shows in Italy; Netflix’s “Suburra” is set to air next year. HBO, which has channels in 15 countries, says it’s searching for Scandinavian productions.

Local-language programming isn’t simply more popular with audiences than U.S.-created shows, but also with advertisers. Aviate Global media analyst Neil Campling points to the success of Scandinavia’s “The Bridge” and “The Killing.” But, he warns, “there’s also a higher degree of risk, since you have to believe local content will translate into global appeal.”

Netflix and Amazon not only compete with “powerful incumbents” such as Canal Plus in France, but “high-quality content produced by well-funded public broadcasters.” Pay-TV services are not as dominant in Europe as they are in the U.S., where 90 percent of households subscribe, compared to 30 percent in Germany, and 66 percent in the U.K.

Netflix and Amazon are both priced reasonably, says Bloomberg, with Netflix starting at €7.99 ($8.87) a month and Amazon Prime priced at €49 per year. That’s versus cable TV which is priced at €20 to €100 monthly, the higher priced options including Internet.

The good news for both Amazon and Netflix is that there’s plenty of room for growth. IHS reports that Netflix has 1 million subscribers in Germany (just 7 percent of its total subscription base in Europe) and Amazon Prime counts 3 million German households, about 7.7 percent of households.

“For such a developed market, Germany was slow on the uptake,” said IHS analyst Daniel Sutton. “TV wasn’t something you pay for, it’s something you get. That’s changing, and people are more willing to pay for TV.”