Five years after Amazon first launched a tablet, it now has a new model, the Fire HD 8, that focuses on one compelling factor: price. The Fire HD 8 is an 8-inch touchscreen tablet with 50 percent more RAM, longer battery life and 16 gigabytes of storage, double Amazon’s previous model (and the same as Apple’s 8-inch iPad). Even as the Amazon tablet’s specs have improved, the price has dropped, from $149.99 to $89.99. That combination is allowing the company to beat the market trend of softening tablet sales.

The New York Times quotes IDC analyst Jitesh Ubrani as saying, “They’re obviously doing something right because they continue to grow in a market that is overall declining.” 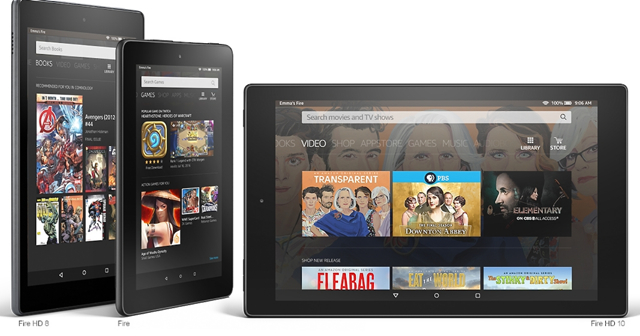 In comparison to Amazon’s latest 8-inch tablet, Apple’s newest 8-inch iPad starts at $399. By offering a lower priced tablet, Amazon is simply continuing a strategy; last year, the company unveiled a 7-inch tablet for $49.99. Amazon Fire general manager Kevin Keith notes that “the success of that low-price Fire device provided a big lift to Amazon’s tablet sales, which have more than doubled on a unit basis this year compared with the same period last year.”

Wired reports there’s another good reason to be interested in Amazon’s Fire tablet: Alexa, which Amazon plans to integrate into these tablets “in the coming months.”

“Once the voice assistant arrives, you’ll be able to long-press the Fire’s home button and get access to everything you’d find on an Echo or Tap. If you’ve been looking for a cheap living room tablet to use as a controller for your smart home, this is the one.” Otherwise, says Wired, the Fire tablet is “just another middling tablet,” with a 1280 x 800 display, quad-core processor, camera and — a bright spot — a 12-hour battery.

Amazon sets its tablet prices low for a reason. “We aim to break even on our hardware and make money when customers use our devices, not when we sell devices,” said Keith. “We feel like that’s a great model for our business.” Amazon also sends advertisements to the lock screens of Fire tablets; users have to pay Amazon $15 to remove them.

The tablet market “is no longer a growth business,” with IDC reporting it has fallen 11.1 percent in Q2 from a year earlier. Apple says the number of iPads it sold during that same time period dropped 9 percent, “though its iPad revenue rose 7 percent because of sales of high-end versions.” But Keith says Amazon believes “there are still opportunities for Amazon tablet sales to grow” at a price where users can buy multiple tablets and give them as gifts.

“We don’t think the market is saturated yet,” he said. “We have plenty of runway.”