Amazon’s new Fire TV will serve as a game console in addition to streaming movies and TV shows. To help distinguish itself from industry giants such as Xbox One or PlayStation 4, Amazon plans to develop some of its own Android games. While Amazon Game Studios has not released a full list, sci-fi shooter “Sev Zero” has the potential to be the most popular. Amazon recently acquired Double Helix Games, the company that made the Xbox One launch title “Killer Instinct.”

“We’re making an increasing investment in games at Amazon Game Studios, and the games will span any number of genres, from kids all the way to core games,” said Amazon Games VP Mike Frazzini. “We’re hiring a lot of industry veterans that’ve made some of the best games ever released.” 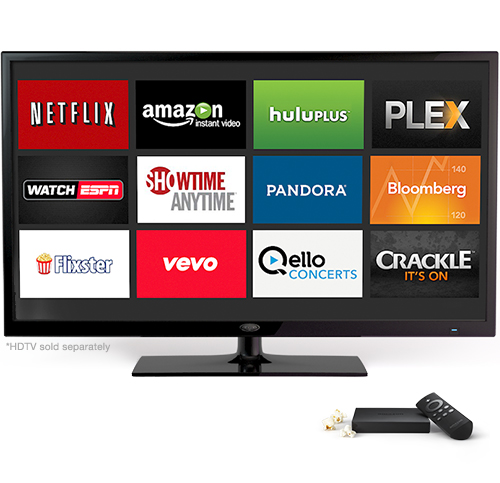 “In the vein of original video series produced by Netflix, YouTube and Amazon itself, original content bankrolled by a digital distributor is downright trendy these days,” reports Re/code. “But as the offerings in the Fire TV store grow (the company claims ‘thousands’ of games will be available soon), Amazon will also have to play a careful balancing act so as not to slight the third-party developers it wants to bring into its ecosystem.”

“If you look at games, it’s a huge business,” Frazzini said. “There’s going to be lots of great games to play, and if we can make a couple of them, that’s fantastic and that’s where we’re going. But third-party developers are incredibly important to us. We want all of their games on it, and we want to help them be super successful.”

A short teaser trailer from Amazon Game Studios is available on YouTube.