The Twitter Blog reports that the largest spikes in conversation during the awards show, measured in tweets-per-minute, involved Lady Gaga’s performance of songs from “The Sound of Music,” filmmaker Alejandro Iñárritu accepting his Oscar fro “Birdman,” and Patricia Arquette’s acceptance speech for Best Actress in a Supporting Role for “Boyhood,” which included a powerful call for women’s rights and wage equality. 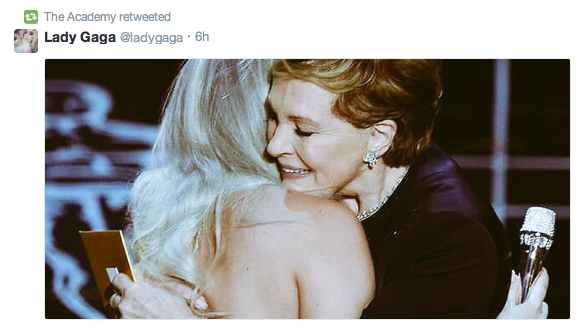 John Legend was also one of the most tweeted-about performers. Legend was joined by Common and a stage full of singers for a performance of “Glory” from the film “Selma” that brought audience members to tears. “Glory” won the Oscar for Best Original Song.

The films that generated the most mentions on Twitter were “Birdman,” “The Grand Budapest Hotel” and “Boyhood.” 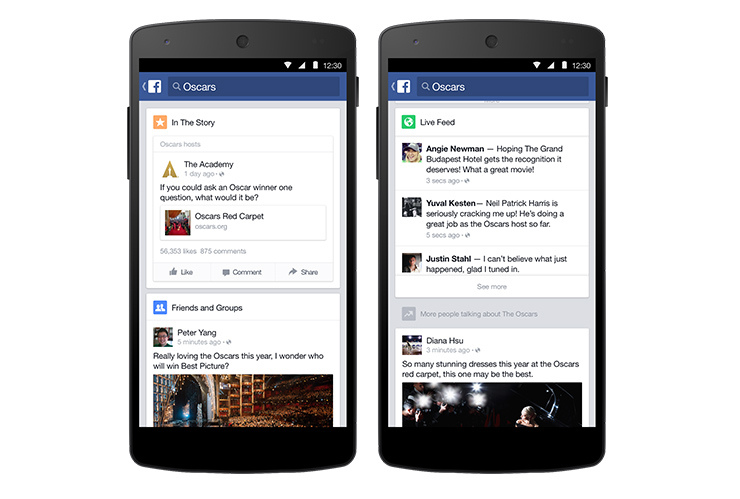 Facebook launched its Trending Oscars experience with ABC, a real-time feed that enables users to see posts from friends, news outlets, nominees, ABC and AMPAS. Fans were able to ask celebrities questions via the “Good Morning America” Facebook page, and news organizations from the Los Angeles Times to the Sun Sentinel chose Facebook for their live blogging of the event.

Additionally, ABC teamed with Facebook to live-stream “The Oscars Backstage,” featuring three feeds from more than 20 cameras in the Dolby Theatre.