Hologram production studio 8i plans to show off its technology and Holo, its new mobile app, at Recode‘s Code Media conference in California. The company, which gained visibility recently by creating a holographic video of actor Jon Hamm and NBA player D’Angelo Russell, also just received a $27 million series B round led by Time Warner Investments and including Baidu Ventures, Hearst Ventures, Verizon Ventures, German businessman Carsten Maschmeyer and others. That brings total funding up to $41 million.

The Verge reports that 8i uses 41 cameras in a cylindrical green screen space to create a “volumetric capture” of people and places. Past demos, which included one of astronaut Buzz Aldrin, required viewing with a VR headset. Now, the Holo app, which currently only runs on the Lenovo Phab 2 Pro smartphone loaded with Google’s Tango software and sensors, can scan the room and map its dimensions. 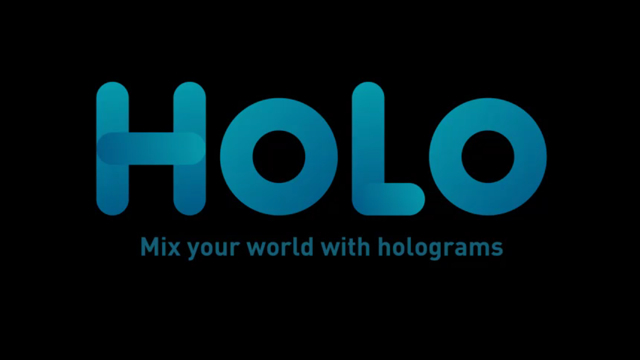 Then app users can pick from among several holograms and place one in the room. With the smartphone as a lens, the user can then interact with the hologram, and take a selfie or shoot a video.

The holograms, which are still “rough” with some pixilation, are labor-intensive to create. 8i chief executive Steve Raymond, noting that, “the most scarce resource we have in this industry is creativity,” said the company will focus on “easier, low-cost tools” so that “people in the industry… can make great content.”

Despite any current shortcomings, 8i is well positioned to thrive in the AR arena, especially as more companies come out with AR-capable smartphones. Asus and Google have announced Asus ZenFone AR, for example, and Apple’s Tim Cook has recognized AR as a “big idea.”

Research firm IDC reports that shipments of AR units will bump up from 400,000 units last year to 45 million in 2020; that number could increase substantially if manufacturers increase the number of AR-capable phones. 8i, which was founded in 2014 in New Zealand by Linc Gasking and Eugene d’Eon, is still working on how it will monetize the technology.

According to Raymond, they have explored “software as a service, traditional advertising models, in-app purchases, possibly even a subscription service.”

Raymond notes now that 8i is offering a mobile app that obviates the need for a head-mounted display, conversations with potential clients have become easier. Hollywood studios now have $100 million budgets for VR storytelling, and as more smartphones offer AR solutions, 8i and companies like it are ready for the growth of AR storytelling.