YouTube announced that it will now offer its live streaming to any channel owner with at least 1,000 subscribers. This is the next step in the site’s efforts to make live online video more robust and attractive. Last year, YouTube offered select publishers the ability to charge for live streams, and earlier this year it introduced a new live video platform that features DVR and real-time auto-transcoding functionality. 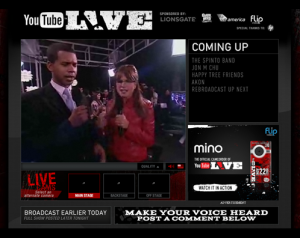 The current version of YouTube Live includes real-time transcoding in the cloud and the ability to show multiple camera angles, add closed captions, and insert ads and slates.

“YouTube first introduced live streaming two years ago with select partners, and has since gradually expanded the number of approved live streamers by opening up the service to nonprofits and other partners,” reports GigaOM. “The site has also been offering any Google+ user to live stream so-called Hangouts on Air, which are essentially Hangouts that can be watched by an unlimited number of users.”

“Live streaming can bring great experiences to your viewers, create deeper engagement with your fans and build a hyper-engaged audience for your channel,” suggests the YouTube Creator Blog. “Over the last year, many YouTube creators have used our live streaming to make their channels a destination for Emmy-winning sports events, amazing music, immersive gaming, engaging talk shows and so much more.”

The YouTube announcement is likely to put pressure on existing live streaming services including Livestream, Justin.tv and Ustream.

“All of these companies at some point directly competed with each other for the live streaming masses, but most have since tried to differentiate themselves with their own take on live video: Justin spun out Twitch.tv to double down on video game live streams, and Livestream has been moving away from pre-roll advertising towards native monetization,” explains GigaOM.