White House Goes Digital with State of the Union Tonight

Tonight’s State of the Union Address will provide citizens with unprecedented access and interactivity. “When the President addresses the nation, the White House will provide something you can’t find anywhere else: an enhanced version of the speech that offers charts, facts and other info as the President speaks,” explains the White House blog. There will also be a wide variety of online streaming options and opportunities for social interaction. 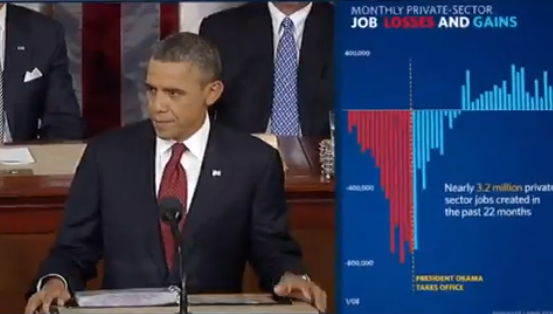 “You can watch live on WhiteHouse.gov/SOTU, through the White House mobile apps for iPhone, Android and iPad, and also on the official White House presences on YouTube, Google+, Hulu, Facebook, and Ustream,” notes the blog. “And if you’d like, you can embed the stream on your own site.”

The White House will also introduce a new tool called “Citizen Response” that allows users to highlight passages from the State of the Union, voice opinions to the President and share with friends.

“As soon as the speech ends, we’ll kick off a discussion about what President Obama said and answer your questions,” explains the blog. “More than 2,000 people from around the country applied for their chance to join this special #WHSocial in person, and 100 White House followers on Twitter, Facebook, and Google+ representing more than 20 states and from as far as California and Texas have been invited to watch the speech live from the White House and participate in a panel discussion. The panel will be broadcast immediately after the speech on WhiteHouse.gov/SOTU, and you can ask your questions using #WHChat or posting to our Google+ page.”

On Thursday, the President will join another “Fireside Hangout” (a modern take on FDR’s radio addresses) hosted by Google. “Anyone can submit a question for the President and vote on your favorites on the White House YouTube channel. Then, be sure to watch the hangout live on Thursday, February 14th at 4:30 p.m. ET on WhiteHouse.gov, the White House Google+ page, and YouTube.com/whitehouse.”